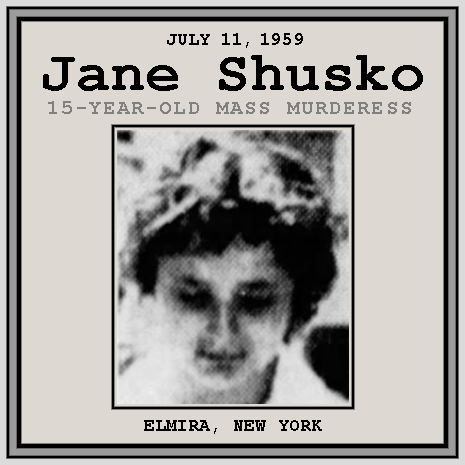 The seven victims, trapped on the second floor when the fire raced through the house, ranged in age from 2 to 12 years. A neighbor rescued two other girls.

Coroner M. Eunice Pittman said the deaths were caused by asphyxiation and that he would issue a certificate of homicide.

Police Capt. J. William Maloney said Jane signed a four-page statement in which she said she had thrown a lighted match on papers in a first-floor clothes closet, then left the house. The fire flared minutes later.

Jane, tall for her age, appeared calm at arraignment on a charge of juvenile, but later wept.

Her distraught parents, also weeping, pressed her hand as she was taken to the Chemung County Jail where she will await court-ordered psychiatric tests.

FULL TEXT: Elmira, N. Y., Aug. 6 – A 15-year-old girl who police say admitted setting a fire that cost the lives of her brother and six of her and six of her younger sisters was indicted on seven counts of first-degree murder Thursday.

The reconvened June Chemung county grand jury handed up the indictment against Jane Shusko, of Elmira, before County Judge Donald A. Monroe. The jury recommended that the girl’s case be moved to Children’s Court.

A decision on this recommendation was withheld pending the girl’s assignment before a Supreme Court justice. No date was set for the arraignment.

Miss Shusko admitted touching off the fire the night of July 11 in her family’s half of a two-story, two-unit dwelling. The second section of the house was not damaged.

According to authorities, the girl had set two other fires the day before seven of the ten children of Mr. and Mrs. Michael Shusko perished. She showed no remorse and offered no reason for her action, police said.

***
FULL TEXT: Jane Ann Shusko, 15-year-old Elmira girl alleged to have caused the deaths of her brother and six sisters last July 11 when fire wrecked their home, was transferred yesterday from Elmira to a state institution for treatment and rehabilitation.

Judge Daniel J. Donahue of Children’s Court ordered the girl committed too the mental institution, but did not reveal its name.

The girl, who admitted setting the fire in which the seven children died, was originally indicted for the first degree murder but it was dismissed by Supreme Court Justice Floyd E. Anderson of Binghamton, who ordered the case transferred to Children’s Court.

Jane Ann had been held in the Chemung county jail since that time on a charge of juvenile delinquency. Although she has now been transferred to a state institution, she still remains in the custody of the Chemung Children’s Court. 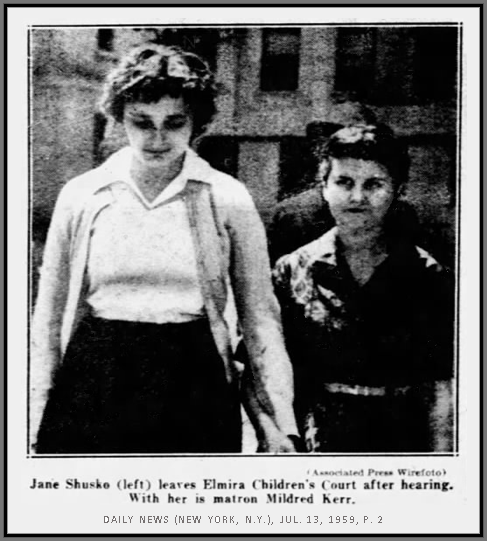 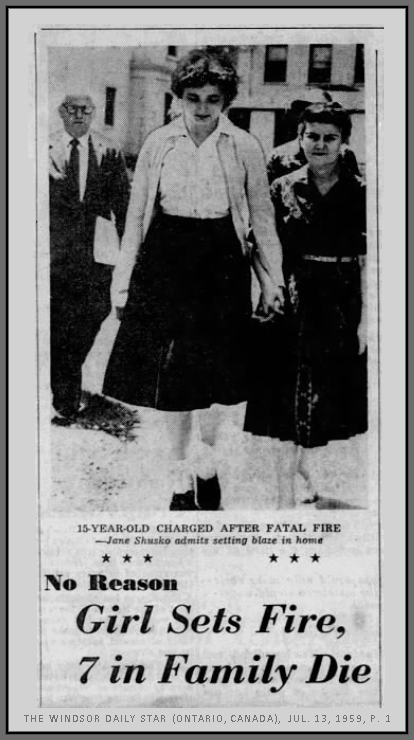 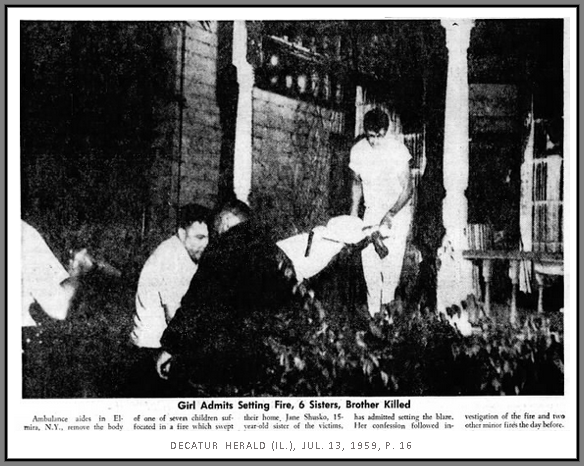 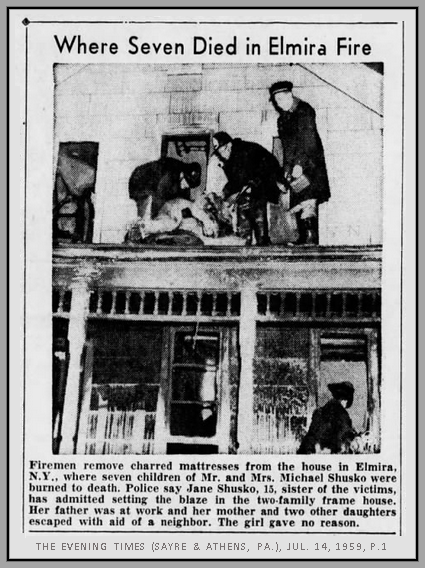 Police said they were notified of the missing girl by her parents after they became alarmed when she did not return home by 4:50 p. m. the girl’s father said last night his daughter always returns home from school promptly.

After hearing of the missing girl, on the radio, an unidentified woman telephoned police and said she had seen someone answering the girl’s description talking to a man in a car on Lake St. near the Academy. The woman did not know whether the girl entered the car.

Mrs. Shusko told police last night that his daughter “is a good girl” and “never would enter a car without being forced to do so.”

He said he received a telephone call about 9:30 p. m. when someone said simply, “Hello,” and then hung up. “I am sure it was my daughter,” said Shusko.

Police checked all of the girl’s friends, but none knew of her whereabouts.

“Janie – If you see this in the paper, please come home. Daddy wants you to come home. If you can and we will not punish you.”

Police said the Elmira Free Academy student was found about 8:25 a. m. at the home of a friend.

The daughter of Mr. and Mrs. Michael Shusko was reported missing after she left school for the day and did not return home by 4:50 p. m.

An all-points teletype alarm was sent out after police were notified of her disappearance. 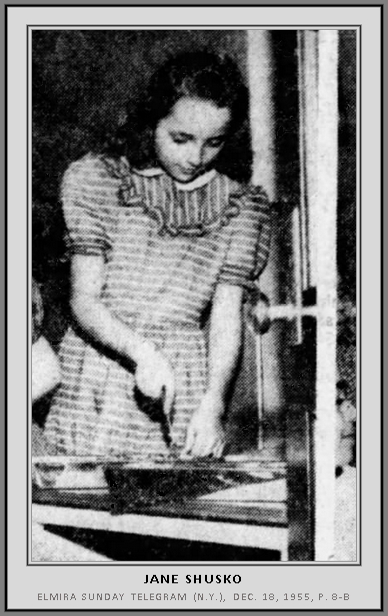 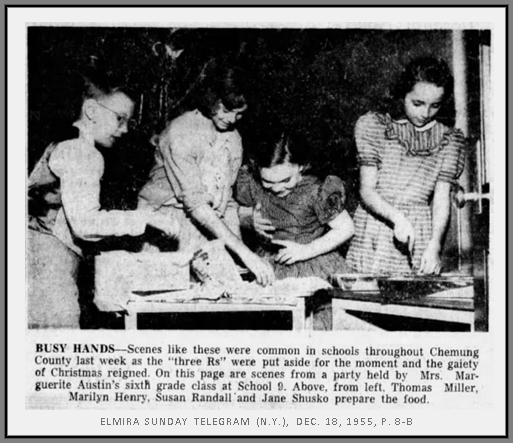 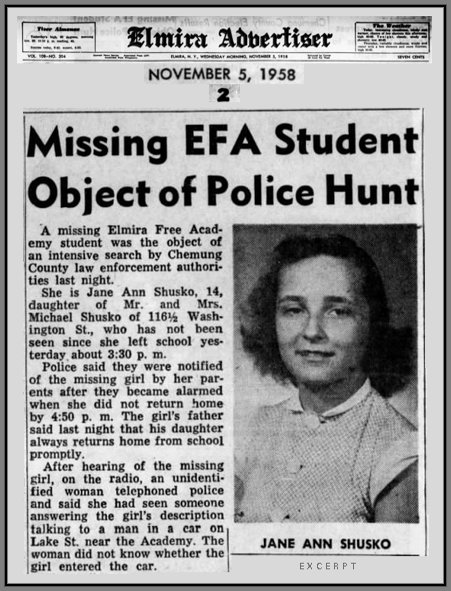