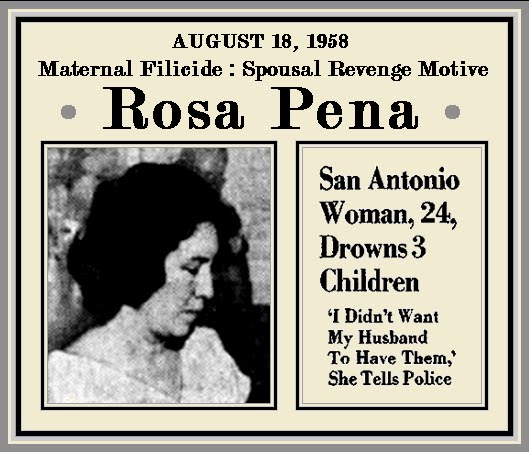 FULL TEXT: “I have just drowned my three children,” said a 29-year-old mother, who stood in line to await her turn at the police complaint desk.

“Lady, you didn’t make this up did you?” asked Sgt. Caesar Bernal.

“I only wish I had,” replied Mrs. Rosa Pena.

A medical examiner said the youngsters apparently had been drowned, as the mother told Bernal. One body lay in a hallway, the other two in the kitchen.

Bernal said Mrs. Pena became hysterical under questioning and when asked why she killed the children could only sob: “I didn’t want my husband to have them.”

Mrs. Pena, booked at city jail for murder, was placed in a hospital for treatment for shock. A police guard was ordered.

She told police that she and her husband had been having domestic difficulties. She quoted Pena as saying if she left him, he would take the children away from her.

Police were trying to locate the father, Alfonso Pena, who works at Kelly Air Force Base. His wife said they had been married nine years.

Bernal said she related this sequence of events:

She had started bathing the youngest, Rickie, and the eldest, David, kept asking to take his bath.

To quiet David, she handed a bar of soap through the door, reclosed it, and drowned Rickie.

She admitted David and also drowned him while Alvin was knocking at the door. Then, in turn, she thrust the third child into the water and held him until his struggles ceased.

The mother next drank what she thought was poison from a bottle but it had no apparent effect.

After about an hour she went to the police station. She waited nearly five minutes while the sergeant heard complaints from others ahead of Mrs. Pena. 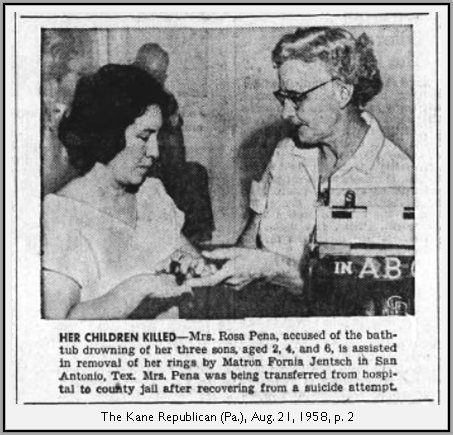 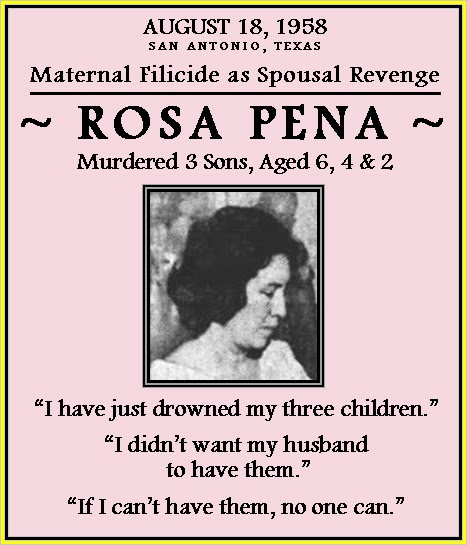 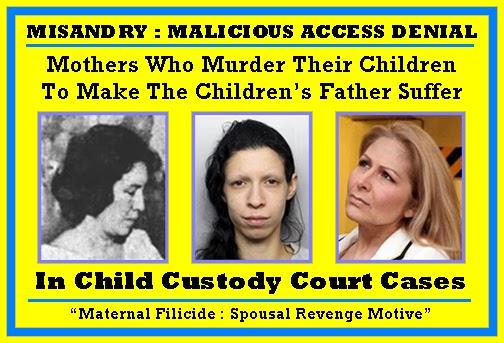 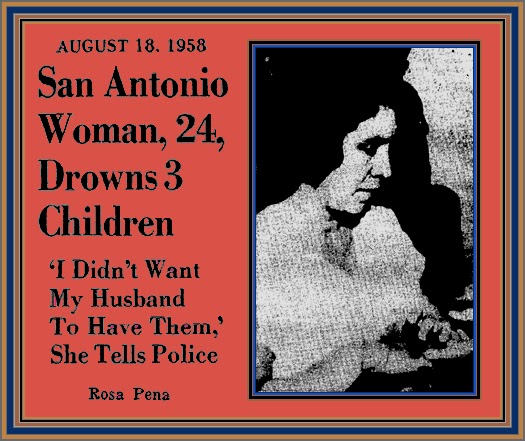