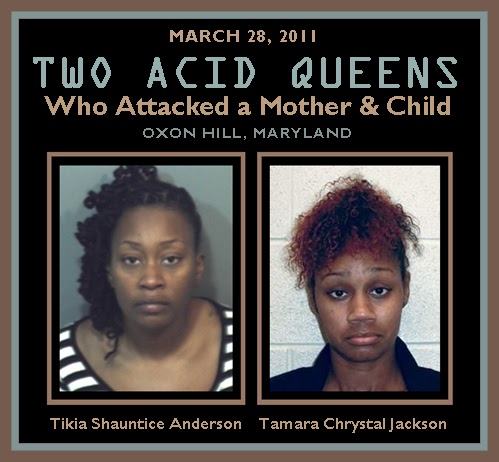 On May 4, 2012 Tamara Jackson, 31, of Oxon Hill, Maryland, was found guilty of second-degree assault of the woman who was the mother of her ex-boyfriend's daughter. Jackson believed her ex-boyfriend had been talking to the victim and, according to prosecutors, directed her friend, Tikia Shauntice Anderson, 31, to throw a cup of drain cleaner in the woman's face. The attack occurred on March 28, 2011, injuring the unnamed targeted woman along with her 3-year-old daughter.

Anderson turned stat’s evidence in exchange for a reduction from a 35-year sentence to a possible  8-year sentence.