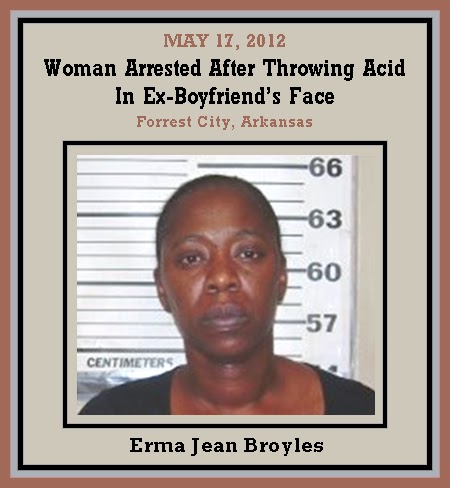 Forrest City, Arkansas – According Michael Hamilton, he was attacked with acid on May 17, 2012 by his ex-girlfriend. Under the guise of returning a television Erma Jean Broyles visited Hamilton who was struck on the face and torso by the liquid when he opened the door, resulting in severe burns.

Police located Broyles six days after the attack after being tipped off. She was arrested and charged with second degree domestic battery.