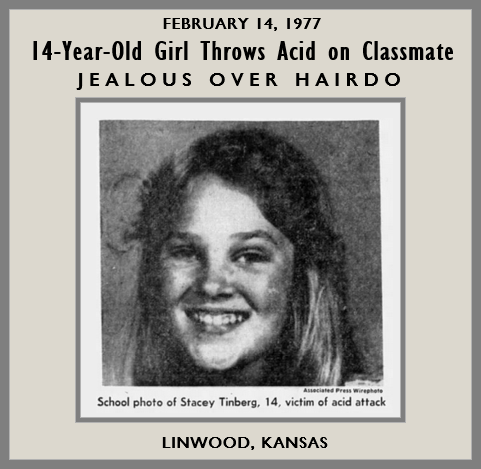 The eighth grader was opening her school locker on Valentine’s Day [Feb.14] when another girl dashed nitric acid on her back and shoulders. The burns were treated at a hospital, and the girl may require skin grafts.

“We just thank God every day that she didn’t turn her head when this happened,” was about the only solace Mrs. Kenneth Tinberg had after the attack. School principal Bill Chambers said he thinks the plan was to damage Stacey’s hair so she would have to get it cut. Her hair was damaged and had to be cut and restyled.

Chambers said he was recommending that the girl who threw the acid be expelled. He suspended six other girls he said had talked about the attack or knew it was coming.

“The hairdo was mentioned prominently in all their statements,” Chambers said.

“Even if she has a scar on her back, that isn’t going to change Stacey — and that’s what they were jealous of.” Mrs. Tinberg said. Stacey said little about it. Two of the girls had been classmates since kindergarten, and she thought all were her friends. 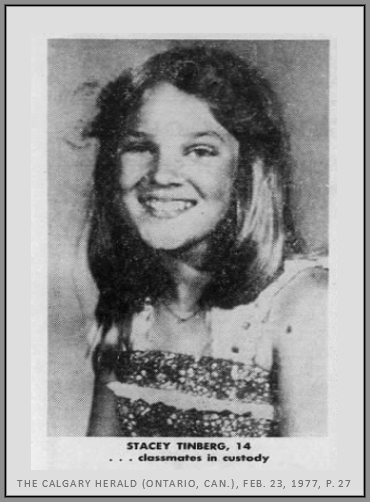