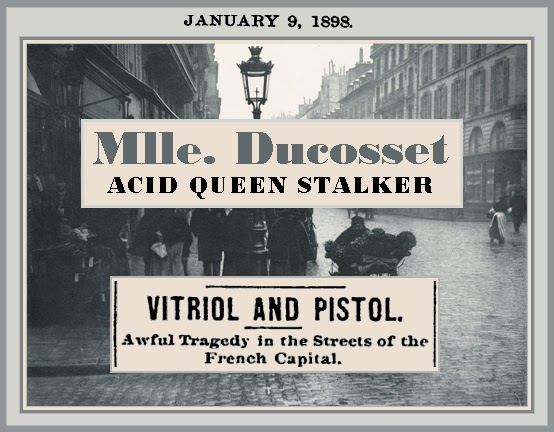 FULL TEXT: Paris – A young girl named Ducosset waylaid a clerk by the name of Verdier. She threw vitriol in his face and stabbed him in the back. Verdier shot her with a revolver as she ran away and then knelt on her head and shot her 3 times, killing her. the man was then arrested and taken to the nearest hospital, where he was found to be terribly burned. Verdier said the woman had followed him for a year, attempting to kill him.