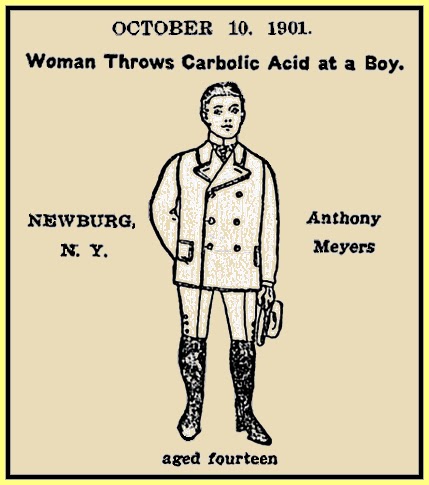 FULL TEXT: Newburg, N. Y., Oct. 9.—While on his way to school, Anthony Meyers, aged fourteen, was accosted by a woman who asked him if he wanted some cologne. The lad said yes and the woman dashed the contents of a bottle of carbolic acid in his face. The boy raised his arm in time to save his eyes, but his face was badly burned. The woman, who was unknown to young Meyers, fled after the occurrence. It is supposed she had a grudge against the boy's family.