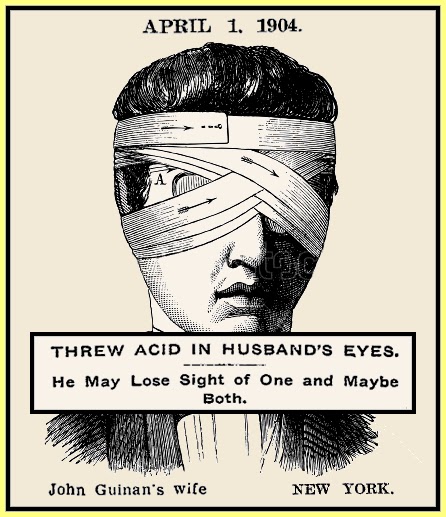 FULL TEXT – New York, N. Y. – John Guinan, a coachman, of 204 West Sixty-seventh street, was taken to Roosevelt Hospital last night in a serious condition from the fact that his wife threw a quantity of carbolic acid in his eyes.

At the hospital it was said that the sight of Guinan’s right eye had been completely destroyed, and in all possibility that of the left also.

The woman was locked up.