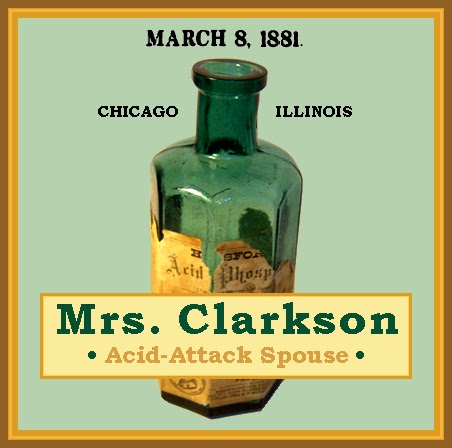 FULL TEXT: Charles Clarkson, a railroad engineer, living in Chicago, was young, handsome and the object of much admiration from the opposite sex. His wife was ugly, and she believed, mistakenly or not, that the wide difference in their personal appearance prevented him from loving her. She resolved to kill him; but the druggist, whom she asked for strychnine, suspecting her motive, gave her some harmless substance instead of the poison. Failing in her attempt at murder, she changed her plan to that of ruining his good looks. While he was asleep she threw vitriol into his face, disfiguring him terribly.