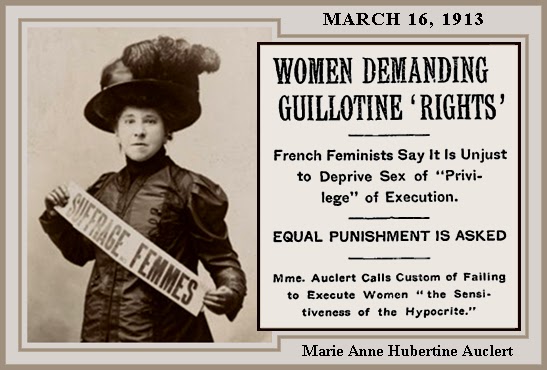 FULL TEXT: The French suffragettes are now fighting for the right to be guillotined.

A recent murder trial in which the prosecuting attorney, when asking for sentence of death for a woman, added that such a verdict was merely a matter of form, since custom was against allowing women to be executed, has raised much discussion regarding this question of sex distinction, and now the foremost feminists are agitating for the “privilege” of equal punishment with men, regarding this as a step toward their ideals.

A symposium just held by L’Eclair shows that among the leading upholders of women’s rights the majority of them think that by being exonerated from death on the scaffold, when they legally deserve it, women are treated as irresponsible beings, and they protest against this attitude as a humiliating outrage.

“Since woman is as competent as man to exercise her rights and account for her actions, the two sexes should be equal both before the polling booths and before the guillotine. Not to execute women criminals while the death penalty exists is sensitiveness of the hypocrite who classes women with lunatics and despoils them of their rights.”

“The gallantry of the guillotine is an insult to the feminine sex, as is gallantry in general.”

“To answer this question,” says the Duchesse d’Uzes, “is very simple. Crime has no sex.”

Similar views are held by several other prominent representatives of the woman’s movement. Only two women express the contrary opinion. Daniel Lesueur, a novelist, says:

“I have never dreamed of demanding the equality of sexes as far as the guillotine. I do not think that the most furious feminist should regard as a victory for her theories the fact that one of her sex had her head cut off. Let us at all events leave old French courtesy a free hand on this last ground.” 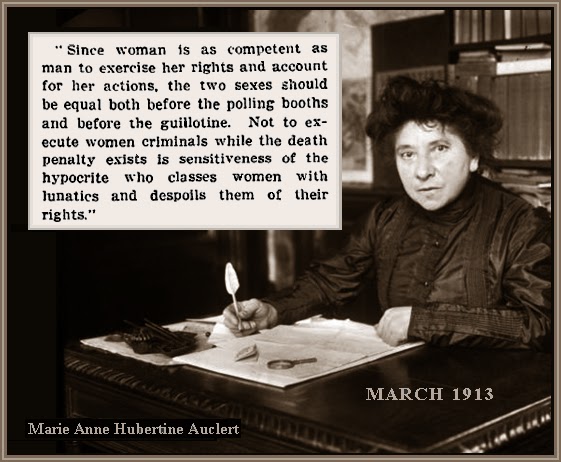 In connection with the death penalty opinion is now unanimous that public executions should be discontinued. This sentiment is expressed in an editorial article which has just appeared in Excelsior. The writer points out that the custom of public guillotinings, far from having the expected deterrent effect on criminals, has only given condemned men a chance for making theatrical appeals and teaching embryo assassins who may be gathered around the scaffold how to die with a swagger and leave behind a reputation for heroism among their comrades.

“The question,” says the editorial article, “to-day presents itself with less hypocrisy than formerly. It is no longer a matter of setting an awful example to the public, but merely getting rid as quickly as possible of persons whose existence is thought dangerous to society. The operation should be carried out privately before the Court of Magistrates in charge of the case, with the jury and a few journalists.”

It is thought that this reform will not be long in coming. [Editors note: And those who thought this were dead wrong.] 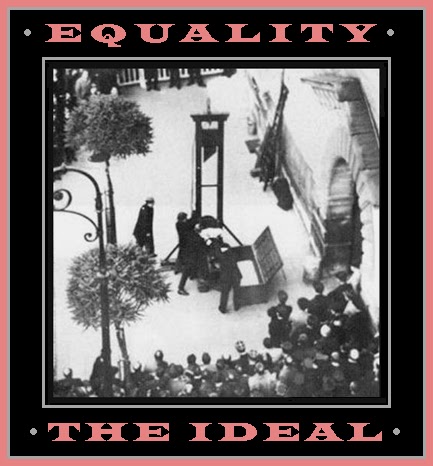