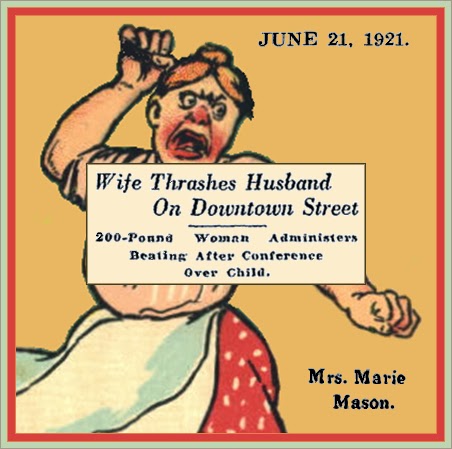 Mrs. Mason, who gave her address as 3025 Frederick avenue, met her husband for a conference concerning their child at the office of Children’s Aid Society in the Courthouse. Shortly after 9 o’clock the couple walked in Baltimore street and a few minutes later scores of pedestrians witnessed a are battle, which, it is said, was entirely one-sided. Mason is in the lightweight class and didn’t attempt to strike back at his wife.

Mason and his wife told the police that they were separated and that cross-bills for divorce had been filed.