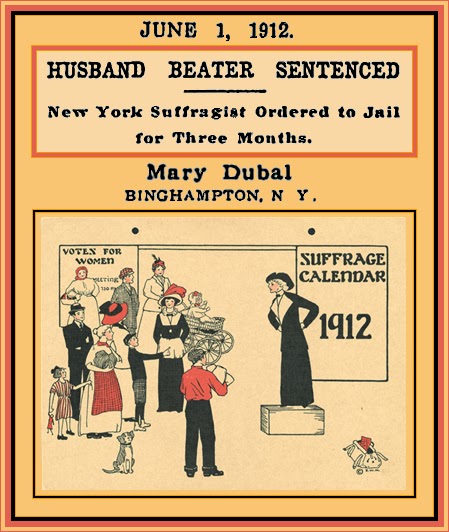 FULL TEXT: Binghampton, N. Y., May 31. – Mrs. Mary Dubal of this city is said to be the first suffragist in the United States who has been given a penitentiary sentence for husband beating. She was arrested on a warrant obtained by Mr. Dubal.

City Judge Albert Hotchkiss found her guilty and declared if women desired men’s prerogatives they should also have men’s punishments when found guilty of law. He always dealt severely with wife beaters, he said, and accordingly he sentenced her to three months in the penitentiary.