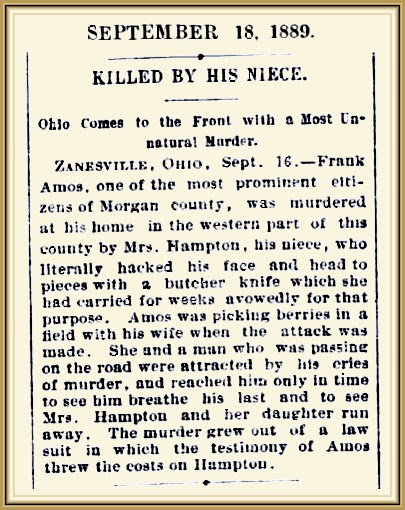 The professional term for the type of violence that women – according to the false stereotype – are supposedly incapable of is “instrumental,” referring to deliberate, premeditated action. ‘Instrumental’ is opposed to ‘expressive,’ referring to action taken only in a moment of passion or insanity. Peter Vronsky, in his 2007 book on female serial killers points out and explains this fallacy of female inability to be calculating, cold-blooded agents of violence:

“When women commit violence, the only explanations offered have been that it is either involuntary, self-defense, the result of mental illness, or hormonal imbalances inherent with female physiology: postpartum depression, premenstrual syndrome, and menopause have been included among the named culprits. Women have been perceived to be capable of committing only reactive or “expressive” violence – an uncontrollable release of pent-up rage or fear-and that they murder unwillingly and without premeditation.

‘Instrumental violence, however, murder for a purpose – political power, rape, sadistic pleasure, robbery, or some other base gratification – remains the domain of the male. After all, every male is a potential killer in the form of a warrior – and he only becomes a murderer when he misuses his innate physical and socialized capacity to kill for ignoble, immoral, and impolitic reasons. While the male is built and programmed to destroy, the female nests, creates, and nurtures. Or so the story goes.” [Peter Vronsky, Female Serial Killers: How and Why Women Become Monsters, 2009, Berkley Books, p. 6]

Here is a sample “instrumental violence” case from 1889:

FULL TEXT: Zanesville, O., Sept. 10.— Frank Amos, one of the most prominent citizens of Morgan county, was murdered at his home in the western part of this county by Mrs. Hampton, his niece, who literally hacked his face and head to pieces with a butcher knife which she had carried for weeks avowedly for that purpose. Amos was picking berries in the field with his wife when the attack was made. She and a man who was passing on the road were attracted by his cries of m ardor and reached him only in time to see him breathe his last and to see Mrs. Hampton and her daughter run away. The trouble grew out of a law suit in which the testimony of Amos threw the costs on Hampton.

►For an expansion of this theme, SEE: “The central myth of MISANDRY: ‘the inherent non-violence of women’”