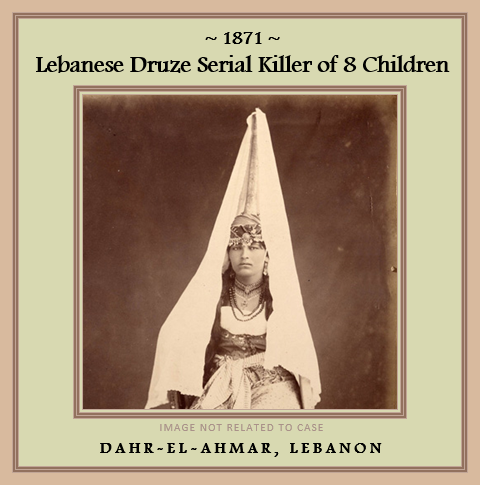 FULL TEXT: A sensational crime has come to light in the northern district of Mount Hermon. About two years ago a report spread far and wide that several children had disappeared, and the Ruala Bedouin were so terrified that they used to stow away their progeny in boxes and baskets. The report was that a monster had been seen—a greyhound in shape, a lion in size. The realistic believed that a lion might perchance have strayed from the eastern desert, whilst the knowing ones suspected, as usual, some Druze plot. Latterly it has been discovered that a Druze woman from the village Dahr-el-Ahmur [in present-day Lebanon], between Rashyeiya and Rukhley, determined to revenge herself upon a rival in love, had poisoned and cut up no less than eight children. At last a head was found in a well at Bashyeiya, and the crime was brought home. The Druzes wished to put the murderess to death, but the authorities rescued her and sent her to Damascus. On June 27th she was marched through the bazaars in irons - a disgrace she endured with the greatest cynicism. The number of deaths has been exaggerated to fourteen, and the first victim was said to be her own son, who had accidentally witnessed something compromising. 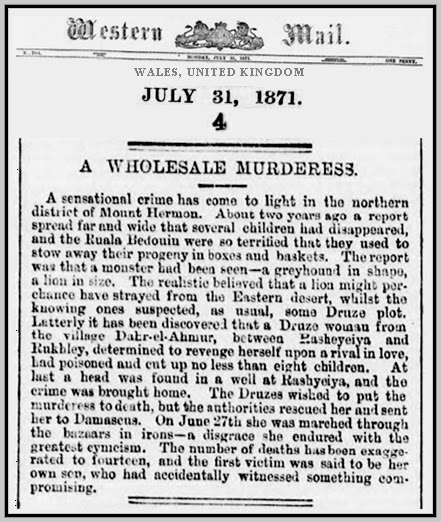 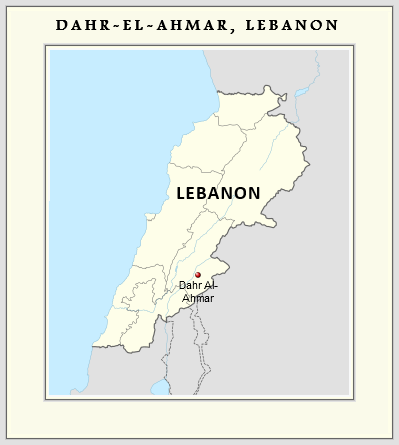 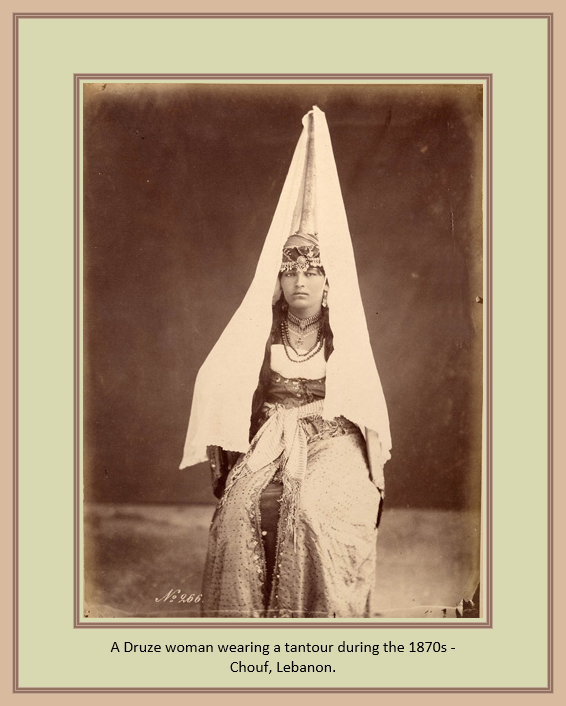 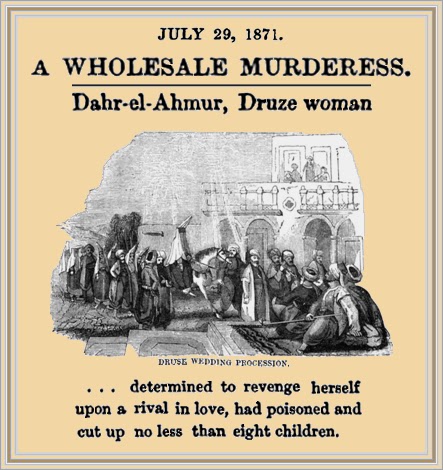