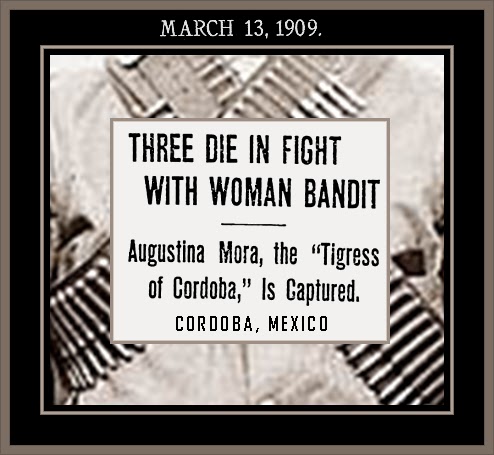 FULL TEXT (Article 1 of 2): Vera Cruz, Mexico, March 13. – Augustina Mora, referred to as the “tigress of Cordoba,” leader of a notorious bandit band of the region, has been captured with three followers, after a fight.

Pedro Perez, a rurale* captain, and two of his men were killed. Three followers of the “Tigress” were injured.

The woman is wanted to answer for three murders committed by her band.

* NOTE: Rurales (Spanish for "Rurals") was the name commonly used to designate the Mexican Guardia Rural (Rural Guard): a force of mounted police or gendarmerie that existed between 1861 and 1914.

FULL TEXT: Vera Cruz, Mexico. March 12. – Augustine Mora, referred to as the “tigress of Cordoba,” leader of the worst of the bandit bands of this region, has been taken prisoner after a fight in the mountains between the bandits and the rurales. The battle occurred a number of miles from Cordoba.

In the battle Pedro Perez, a rurale captain, and two of his men were killed. Three of the followers of the tigress were captured with her.

The woman was wanted for three atrocious murders and many acts of robbery committed by her band. She fought desperately and it required three of the rurales to place her in irons. 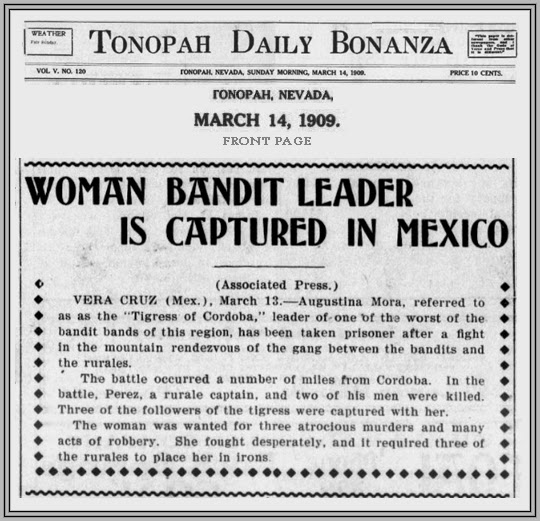 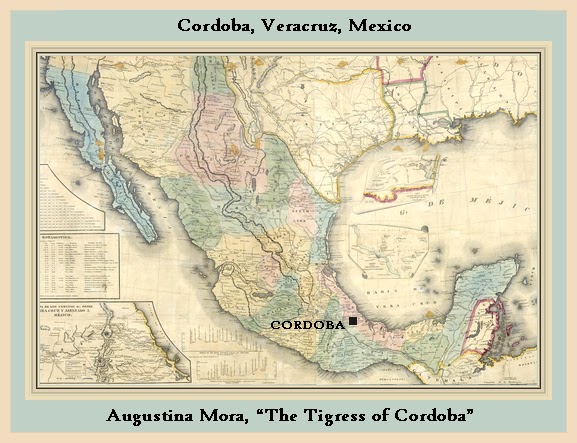