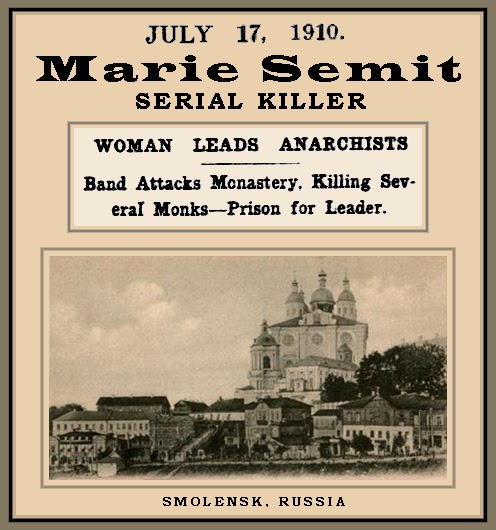 FULL TEXT: St. Petersburg, July 7.—The curious career of a revolutionary Maenad, who interpreted woman's rights in her own peculiar way has just come to a tragic end.

Marie Semit was a schoolmistress of pronounced radical tendencies in the province of Smolensk, when her revolutionary fever brought on delirium which became epidemic. She organized a band of dauntless anarchists.

These black knights took to highway robbery under the command of Marie, who was attired in male clothing. Once they attacked a monastery near Pskow, leaving several of the monks dead. Eight members of the band were condemned by court martial. Marie Semit has now been sentenced to twenty years’ penal servitude, but must next week undergo trial for two other raids and murders in the province of Smolensk. 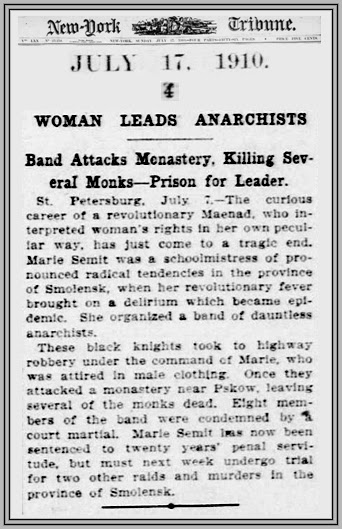 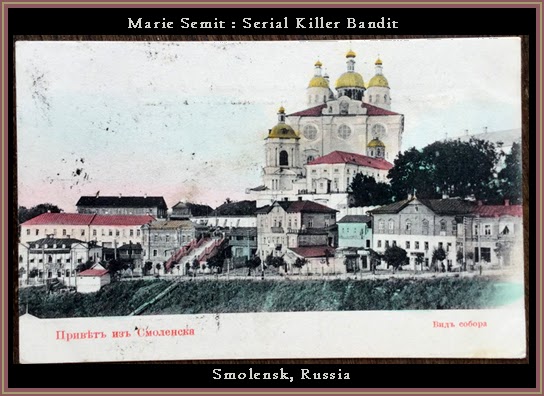 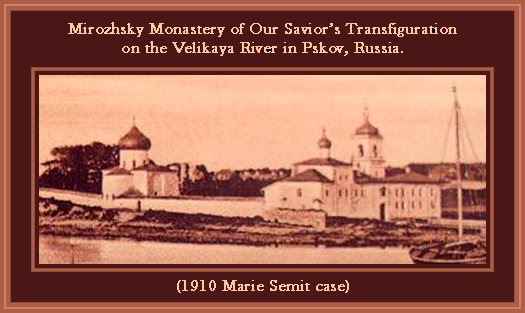