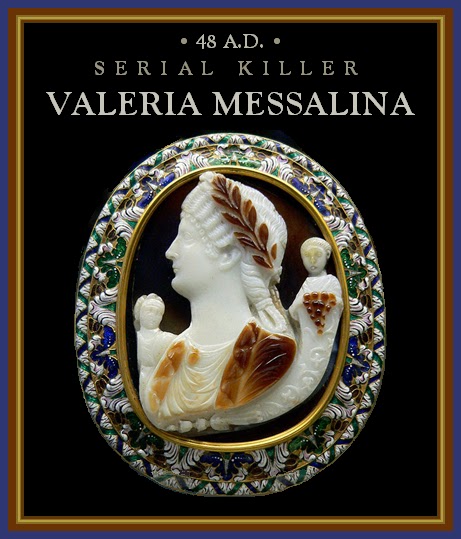 Peter Vronsky notes that “in a seven-year period, between the ages of fifteen and twenty-two. Messalina murdered dozens of imperial courtiers, many of whom had managed to survive the psychopath Caligula, only to perish at the urgings of Messalina, merely because they were friends of one of her illicit lovers or had witnessed some aspect of her misconduct.”