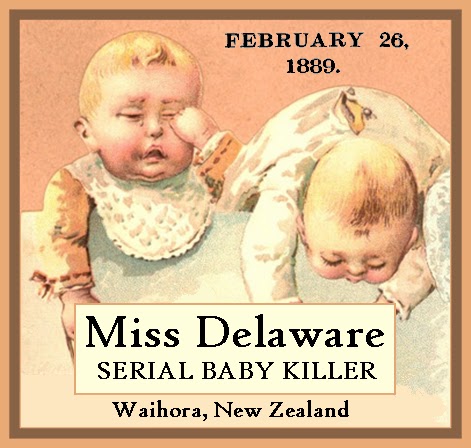 FULL TEXT: A woman named Delaware, who was arrested on a charge of systematic baby farming has been committed for trial. Already it has been proved that she was concerned m eleven abandonments, and it is believed that over twenty cases will be sheeted home to her. Many of the infants died after they were found.