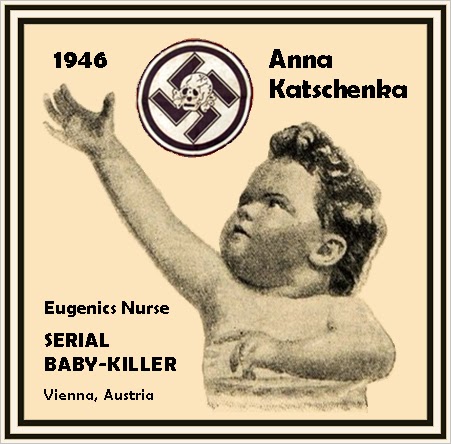 Anna Katschenka (1905 - 1966) was described by the matron at the training school from which she graduated as one of their best students, bearing superior intellect strong character. She became deputy chief nurse in the children's institution Am Spiegelgrund Institute for Children in Vienna, working there from 1941-1945, and participated in the murder of disabled children under that National Socialist policy of  “death accelerations,” or euthanasia (under the guise of bioethics). Nurse Katschenka was not, however, a member of the National Socialist (“Nazi”) Party, yet she did receive bonus payments from the Reich Association (AOA) for her active participation in the death acceleration protocol. The program, which took the lives of 789 children, was ended in June 1945. She, along with a number of other medical colleagues (Marianne Tuerk & Margarethe Heubsch) from the same institution, was tried after the end of the war for manslaughter.

On April 9, 1948, following her confession to having performed “death acceleration” on 24 children, Katschenka sentenced to 8 years in prison. Her trial revealed that a number of other nurses refused to obey orders to kill children. Those physicians and nurses who did engage in the crimes numbered around 90. She was paroled December 24, 1950 after serving only 4 years (including detention period before sentencing. She returned to her profession as a children’s nurse.

Based on Wikipedia entry: “Anna Katschenka.
” 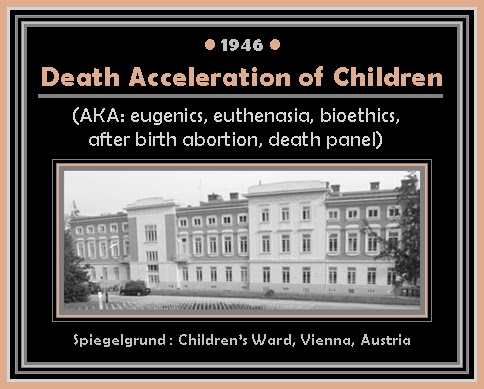