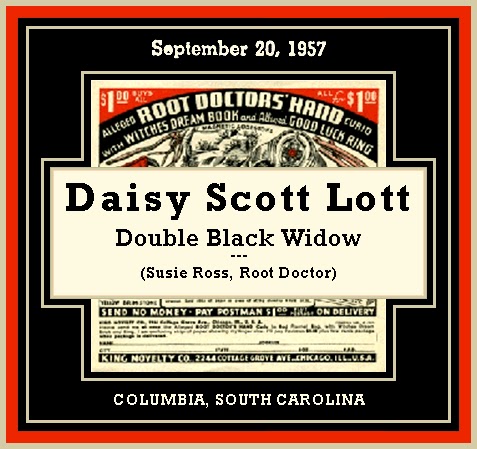 A consent verdict against Mrs. Lott yesterday carries the same automatic life in prison sentence that goes with the conviction of the Negro woman, Susie Ross, charged as an accessory.

The Ross woman denied also ever having sold Mrs. Lott anything. Mrs. Lott said she paid $10 for a bottle of “something” – the state says it was arsenic – to get rid of Rupert Scott.

The state also had an indictment against Mrs. Lott in the poison death of Harris C. Clark. Bodies of both men were exhumed after a Columbia doctor became suspicious.

Mrs. Lott said the Ross woman used to read her and Scott’s future is a crystal ball and give them advice at a time when the couple was not getting along. 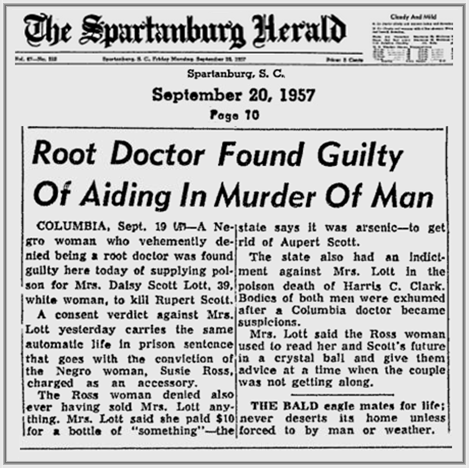