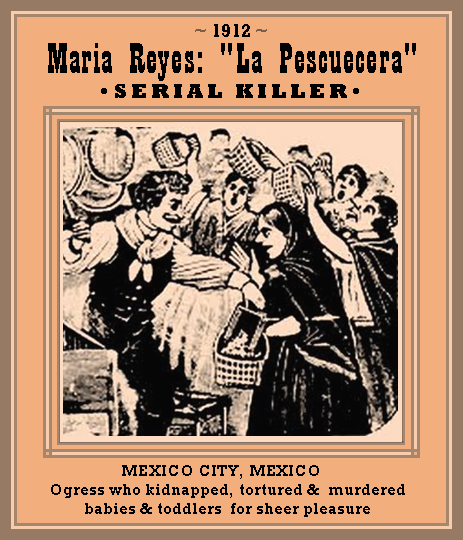 
Serial killer Maria Reyes was arrested in Mexico City in 1912. For many years she had been kidnapping children –  babies and toddlers – whom she would torture and/or murder by strangling. Newspapers dubbed the murderess “The Pescuecera” (definition: knot used to tie up livestock by the neck. The device prevented the animal from moving, thus insuring the animal could not accidentally strangle itself struggling to get free). The woman was unkempt, always seen dressed in rags, with matted hair, no teeth, and a growth of fuzz on her upper lip. Her feet were dirty, deformed and overgrown nails. She had previously been jailed on several occasions.

Among her murders was one in which she stole a boy sitting on a park bench in the Santa Maria la Ribera marketplace. On another occasion, she choked a child all the while laughing out loud. She once tried to boil a child alive but was interrupted before she had accomplished her deed. Maria Reyes had entered the home of a neighbor family and finding the parents absent, was preparing to toss their child into a large cauldron of boiling water. Police were summoned and arrested her and took the child, but the parents entered the house and threw the boiling water onto the murderess. She was hauled off badly scalded, while a crowd of people threw rocks and spit at the woman. 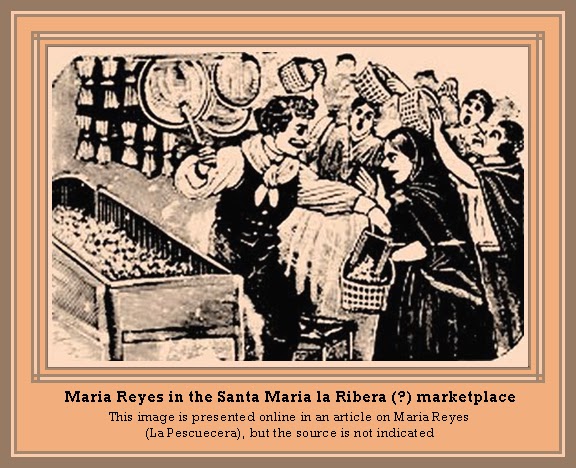 Maria Reyes’ husband, an honest working man and worker, said his wife suffered from mental faculties due to a heart problem, and suffered much by not having children. For that attempted murder “The Pescuecera” was punished with a sentence of only a few months in prison. Upon release she again took up her old habit of sadistic infanticide.


The ogress was finally put out of business after being caught in an attempted child abduction. She was again locked up in Mexico City’s Bethlehem Jail. When interrogated, the kidnapper responded with incoherent sentences followed by fits of uncontrollable laughter. Doctors determined she was insane and she spent the rest of her days locked up in an asylum. 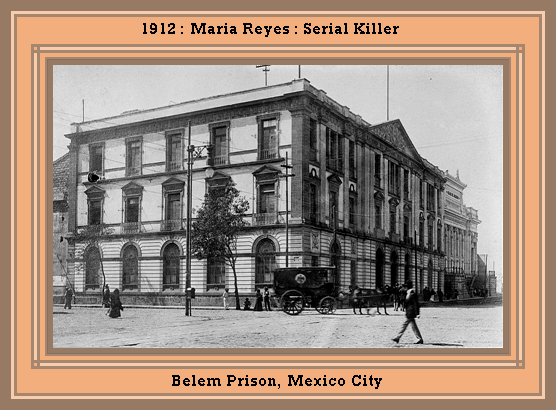 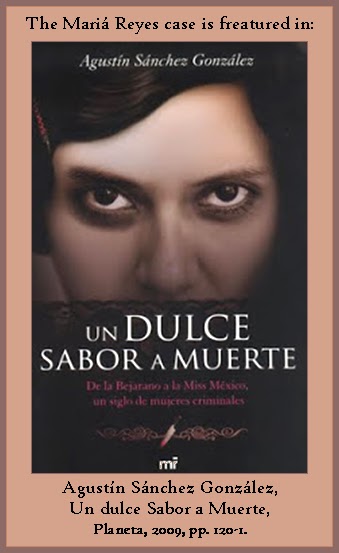