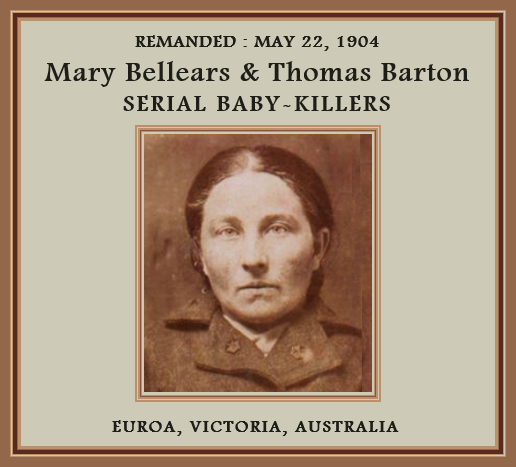 FULL TEXT (Article 1 of 2): Considerable sensation has been caused in Euroa by the arrest of Mary Bellears and Frederick Kerslake on charges arising out of a case of alleged infanticide, Thomas Batten, aged 60, has also been arrested on a charge with regard to his stepdaughter, Grace M’Connell, who is herself in custody. Kerslake, a married man with a family, who was employed at the local wood mills, formed a friendship with Mrs. Bellears that was frequently commented on. About a fortnight ago Kerslake went out to Batten’s orchard, where he installed his family, and the Battens moved into the town. As the result of police investigation into a report that a servant girl named Lorrie Mitchell had given birth to a child which had since disappeared, Mrs Bellears was arrested on a charge of wilful murder, and Kerltake as an accessory. They appeared in court on May 22, and were remanded.

In Kerdlake’s house was found a bundle of letters and other document, from which it appeared that for years an organized system of illegal practices had been carried on, by Bellears and Kerslake, and an additional number of people were implicated. Kerstake showed the place where the body of the child supposed to have been murdered was buried, and when exhumed it was found to be decomposed that it will be difficult to decide whether it had ever breathed. Kesslake alleged that Mrs. Bellears had been engaged in illegal practices for a long time. He had acted as her agent and had disposed of the bodies afterwards, throwing some down a well with dead hare and rabbits, in order to guard against detection through the discovery of the decomposed bodies. When the well was examined by the police, a number of bones wert found. Statements made by Kersalke led to the arrest of Batten’s stepdaughter, who, when interviewed, made allegations against her step-father and others, which extended over the last six or seven years. The accused are at present under remand, and the police are continuing their investigations.

FULL TEXT (Article 2 of 2): Beechworth, Wednesday. – At the sittings of the Supreme Court today, before the Chief Justice, Mary Bellears, a married woman, pleaded guilty to a charge of malpractice at Euroa, and was sentenced to three years imprisonment with hard labour. On hearing the sentence she gave a loud scream, and was seized with a fit. The efforts of several constables were necessary to remove her from the dock. Frederick Kerslake pleaded guilty to a charge of concealment of birth in connection with the same case. He was sentenced to two years hard labour. 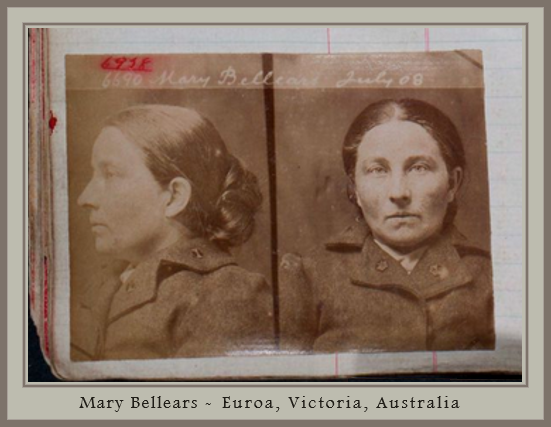 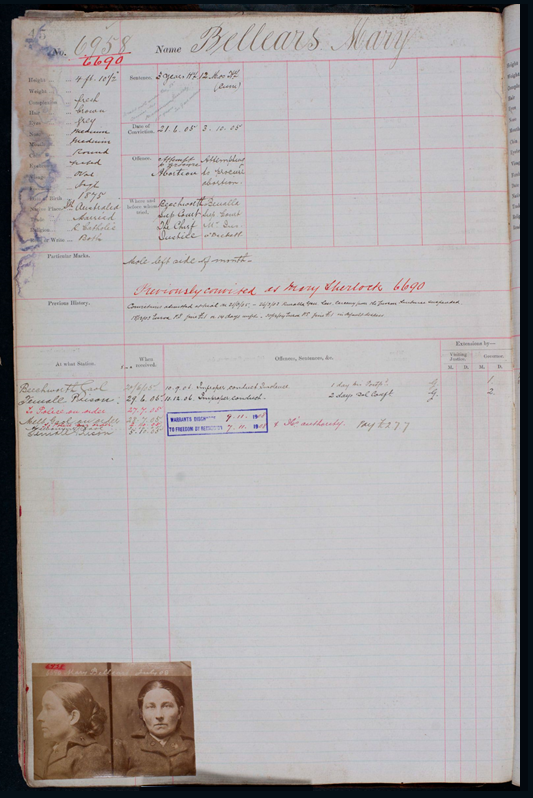 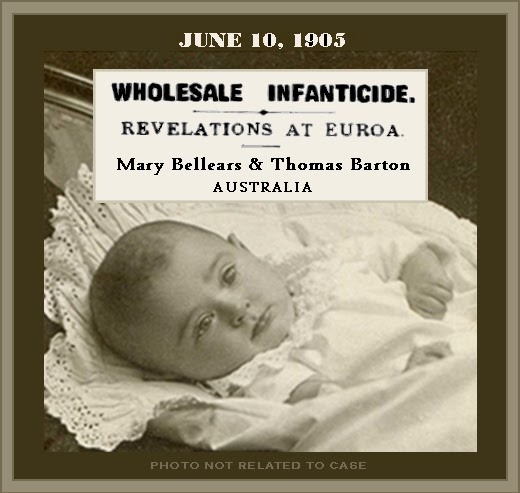