60 Hungarian Husband-Poisoners Hanged in the 1850s 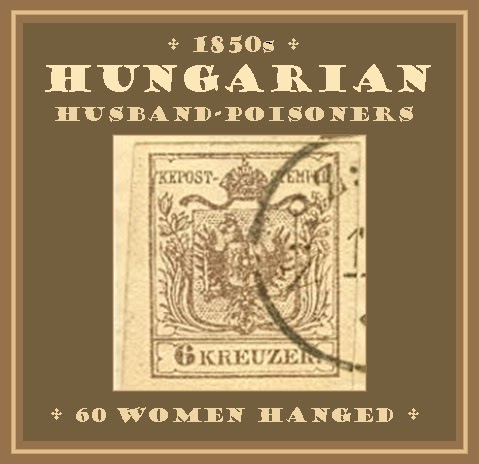 Excerpt from a long 1894 article on arsenic:

EXCERPT: During the 50s murders among the Hungarian arsenic-eaters became so frequent that the male peasantry, fearful of danger, appealed to the Government for protection. A large number of cases were reported which seemed to point to a conspiracy among the women folk to rid themselves of elderly husbands and lovers by the secret administration of arsenic. Over sixty women convicted of the crime were hanged, and this seemingly put a stop to the practice.

[“Use Arsenic As Food. - Peculiar Habits of the Styrian Peasant. - Mountain Life and Vegetarian Diet Make It Possible for Them to Take Five or Six Grains a Day Without Danger—Murder an Easy Matter.” The Record-Union (Sacramento, Ca.), Feb. 3, 1894, p. 8]