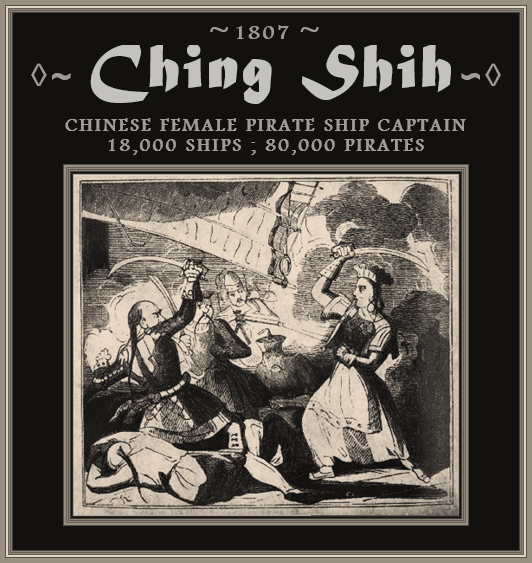 Ching Shih (1775–1844) was a prominent pirate in middle Qing Chin, who terrorized the China Sea in the early 19th century. A brilliant Cantonese pirate, she commanded 1800 ships and more than 80,000 pirates — men, women, and even children. She challenged the world superpower empires at the time such as the British, Portuguese and the Qing dynasty. Undefeated, she would become one of China and Asia's strongest pirates, and one of world history's most powerful pirates. She was also one of the few pirate captains to retire from piracy.

Little is known about Ching Shih's early life, including her birth name and precise date of birth. She was a Cantonese prostitute who worked in small brothel of Canton, but was captured by pirates. In 1801, she married Zheng Yi, a notorious Cantonese-Chinese pirate. The name she is best remembered by means simply "widow of Zheng".

Zheng Yi belonged to a family of successful pirates who traced their criminal origins back to the mid-seventeenth century. Following his marriage to Ching Shih, Zheng Yi used military assertion and his reputation to gather a coalition of competing Cantonese pirate fleets into an alliance. By 1804, this coalition was a formidable force, and one of the most powerful pirate fleets in all of China. They seized loot in all sorts of ways — selling "protection" from pirate attacks, raiding ships, and kidnapping. In 1806, a British officer reported on the terrible fate of those who resisted Ching Shih's pirates. The pirates had nailed an enemy's feet to the deck and then beaten him senseless.

In 1807, Zheng Yi died, and Ching Shih maneuvered her way into his leadership position. The fleet under her command established hegemony over many coastal villages, in some cases even imposing levies and taxes on settlements. According to Robert Antony, Ching Shih "robbed towns, markets, and villages, from Macau to Canton.”

The Red Flag Fleet under Ching Shih's rule could not be defeated — not by Qing dynasty Chinese officials, not by the Portuguese navy, not by the British. But in 1810, amnesty was offered to all pirates, and Ching Shih took advantage of it. She ended her career in 1810, accepting an amnesty offer from the Chinese government. She kept her loot, married her lieutenant and adoptive son Cheung Po Tsai, and opened a gambling house. 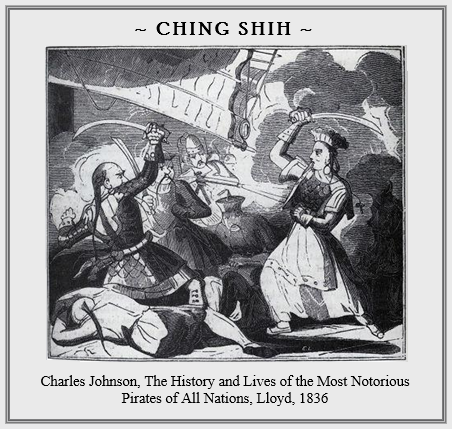 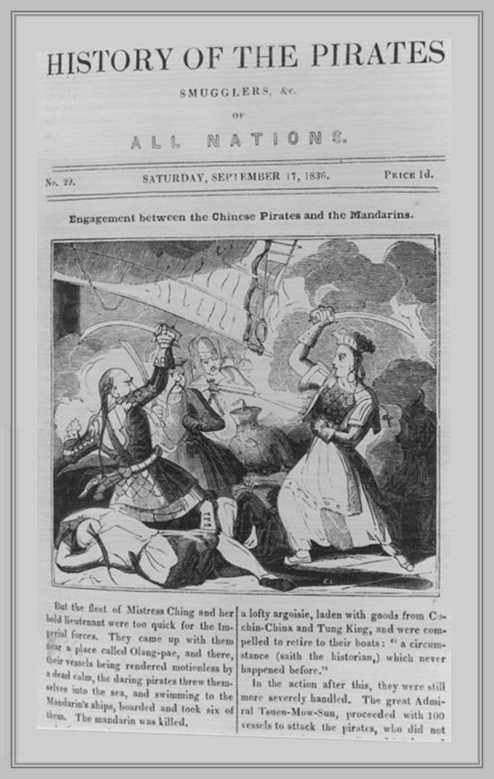