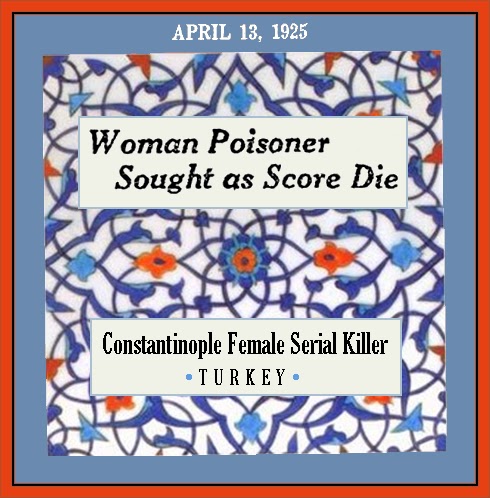 FULL TEXT: Constantinople [Istanbul], April 13. – The police are now convinced they have to deal with a woman as they seek the poisoner who has killed nearly a score of men and women during the last month. The bodies of all the victims have turned black a few hours after death, and the police think the slayer is using a mysterious oriental poison, known to very few scientists. The victims have died in restaurants shortly after eating, on the streets and in their homes. All are of the middle class.

NOTE: This is the only report located so far (The identical syndicated report appeared in multiple newspapers). It is difficult to have any confidence, based on such vague reporting, that the deaths were not accidental. 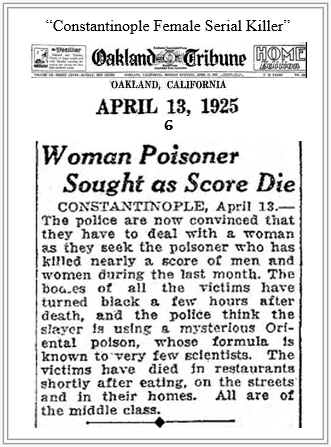