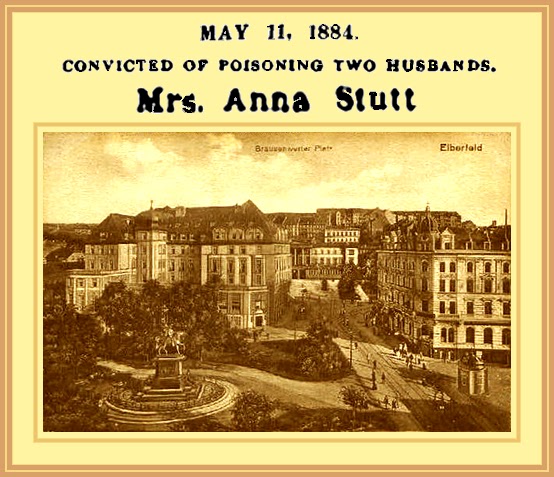 FULL TEXT: Elberfeld, in Rhenish Prussia, near Dusseldorf, has been relieved of its local excitement over the poisoning case of Mrs. Anna Stutt, by her conviction to-day on charges of having poisoned two husbands. The first became tiresome to her when she fell in love with Stutt, and the latter aided her. She soon became weary of him, too, and becoming enamoured of a third lover, managed to have Stutt fall seriously ill and die before he could make any disclosures. In her second effort to become a widow, Mrs. Stutt acted alone, not daring to take her lover into her confidence. He became alarmed at Stutt’s sudden death, and broke his relations with the woman. This attracted suspicion, and led to an investigation, which resulted in the woman’s being sentenced to fifteen years’ penal servitude. 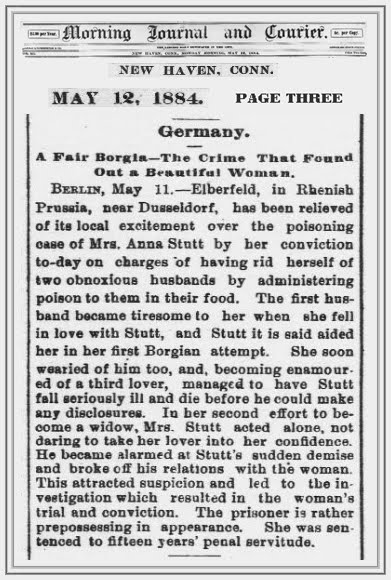