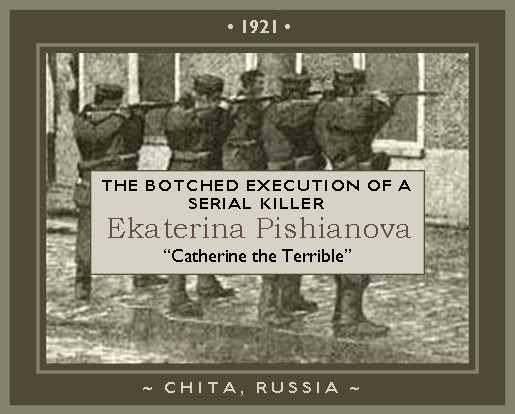 FULL TEXT: Sverdlovsk, Ekatrinburg, April 2— Catherine Planovsky, Russia’s only woman bandit, who has a record of having murdered and robbed dozens of victims, again is in the toils of the law. The public prosecutor alleges that her exploits have covered a period of years.

In 1921 “Catherine the Terrible,” as she is known, was sentenced to death at Chita for murder and was taken from prison to be shot. When the firing squad discharged their rifles the woman fell to the ground and feigned death: not a bullet had struck her. The soldiers, believing her dead, returned to the barracks while Planovsky made a quick escape.

During the ensuing five years, according to the prosecutors statement, no home in the Urals was safe from the depredations of the band of male robbers Catherine headed, and no person secure from murderous attacks.

FULL TEXT: Tyuman, Siberia, August 11 – Ten desperadoes were sentenced to death here today for the murder of more than a hundred victims. Chief among the condemned was the notorious woman bandit, Ekaterina Pishianova, wife of the leader of the gang, who himself was known to the intimidated peasantry as “the Jack the Ripper of the Ural mountains.” The woman was accused of killing her victims with an axe.

The robbers had been into a strong band of several score with rigid rules, the slightest infraction of which was punishable with death. For two years the district had been terrorized by the criminals. 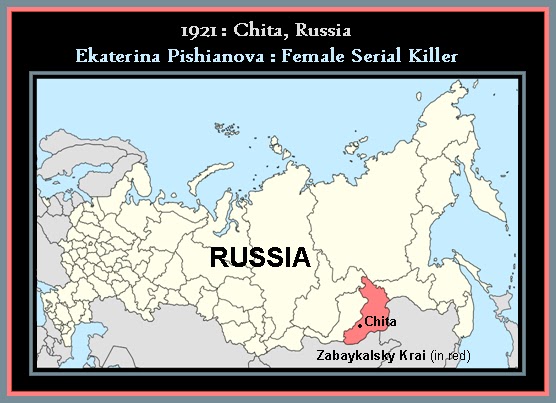 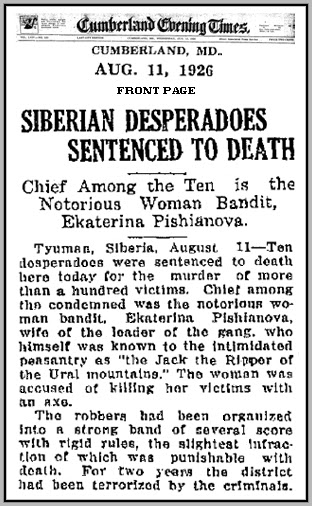