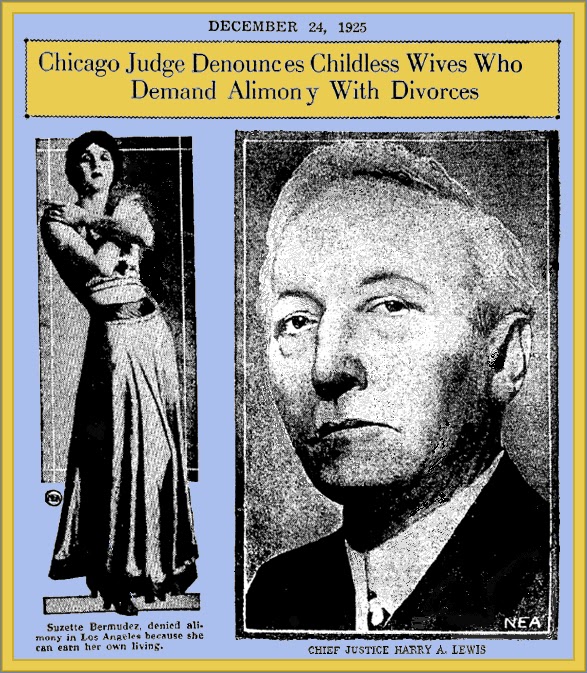 FULL TEXT: Chicago – Woman is man’s equal in the economic field as well as politically, and this equality carries with it duties, as well as privileges.

At least, this is the case in the courtroom of Chief Justice Harry A. Lewis of Cook county superior court.

Judge Lewis recently set a far-reaching precedent in divorce cases by ruling that no woman in entitled to alimony if she be childless and physically capable of earning her own living.

Today he amplified this ruling, declaring:

“This gold-digging trade in blasted marital alliances by women who have failed as much as their former mates in making the dead union a success must stop.”

And he is not alone in his stand, either.

Suzette Bermudez, an Argentine dancer living in Los Angeles, went into Court in the California city seeking alimony from her husband, Jose Bermudez. Judge Gales of Los Angeles superior court asked her how money she earned as a dancer. On learning that her weekly salary was higher than her husband’s, he rejected her application with the remark, “you can take care of your self.”

Judge Lewis explains his position as follows: “There stream into my court sobbing and hysterical examples who imagine that by furtive dabs to moist eyes with their handkerchiefs that they will be entitled to keep their hands in their former husbands’ pocketbooks forever.

“The judicial tolerance which has sanctioned this sort of practice is dead wrong. Women who before their marriage earned as much us or more than their cast off husbands can do so again it they find marriage a failure.”

“The only wife entitled to alimony is the wife with children or in ill health. That sort of woman has my sympathy and she will receive every bit of assistance in making the man pay that my court can give.

“But such legitimate alimony case are far in the minority. The courts now are flooded with ‘gimme’ divorces. These are the remain Shylocks without chick or child and possessed only of a great desire to keep a financial stranglehold on the husbands they have released through law.

“Furthermore, under our modern standards woman is no longer man’s inferior. If you would find out whether this is true ask any one of them and see what she says in reply.

“Yet there appear before me every day unobligated women who seek from $15 to 50 a week from their former husbands’ earnings to add to their own comfortable salaries and for no other reason, pretext or cause than that they were once married to the men.

How unfair and terrible!”

“Heavens knows, it’s hard enough in these days trying to support one household without, being compelled by law to support two.

“And no childless divorced woman in good health is going to get any assistance from me from now on in continuing this injustice.”

“Marriage is an institution and not a collection business.” 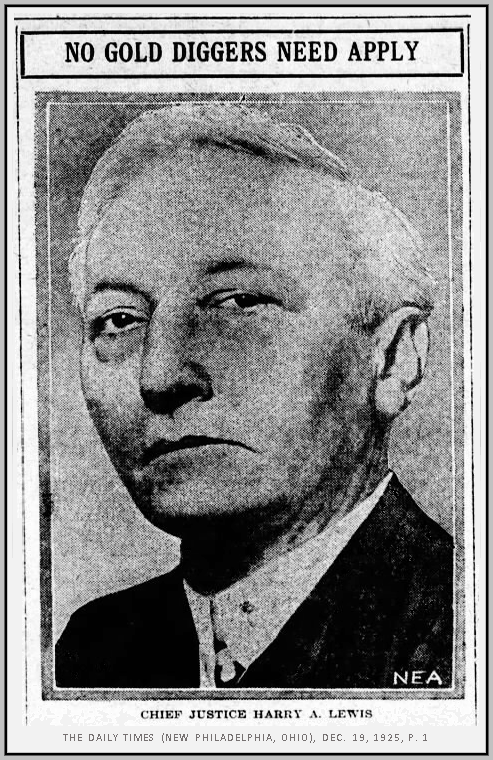