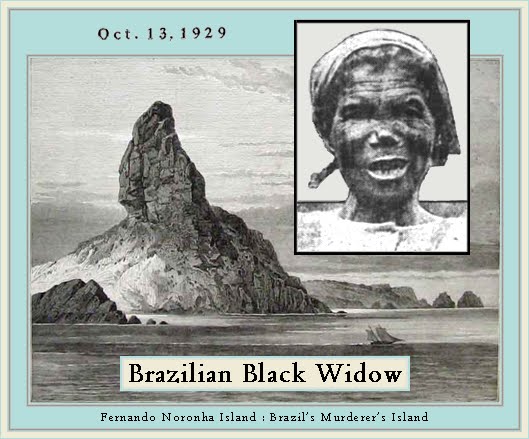 NOTE: The following excerpt comes from an article about South Seas islands. The story excerpted comes from a description of Fernando Noronha Island, which was known as “Brazil’s Murderer’s Island.”

EXCERPT: One day our biologist, Cuyler, trailing across the island with Gaudensia as his guide, came to a small cabin where he suggested they might stop for a drink. “No,” said his friend, the murderer, with great firmness,  “we must go on. I want nothing to do with this woman, for she has killed three husbands, and is dangerous.”

“What was the trouble with them?” asked Cuyler, in curiosity.

“She killed her first husband,” said Gaudensia, “for spending his money in grog-shops, and because she heard he was mixing with another woman.

“That unfortunate man came home one night, slightly under the influence. She tore his clothes off him, and tied him up. Then she criss-crossed him with the thin side of a razor, and rubbed salt in the wounds.

“She turned him loose, naked, to hop around with pain. She drove a red-hot poker through his skull, which seemed to be carrying it quite far enough. She ended by tying him to his donkey and starting him back for the grog-shop where the other woman could usually be found. She couldn’t read or write so that her method of sending word that she was through with him.

“The second husband was killed in a much more humane manner. The terrible woman drove a stake through his middle into the ground. To his feet she hitched a donkey, and whipped the little animal round and round, as if her husband were some new form of merry-go-round. He soon died from such treatment.

“For that second murder,” continued the red-mustached exile, “she was sent to this island, out of the world, where she married one of the prisoners who fished each day for the governor’s table.

“The woman one day came to the conclusion that he was using his fishing as an excuse to stay away from her. The next morning she caught him asleep, tied him to his bed, and then poured boiling water on him a little at a time and beginning with his feet, until he passed out.”

Cuyler agreed that the cabin was a good place to avoid, and that they had better wait for water until they reached a more pleasant spot. Strangely, his thirst had vanished temporarily. 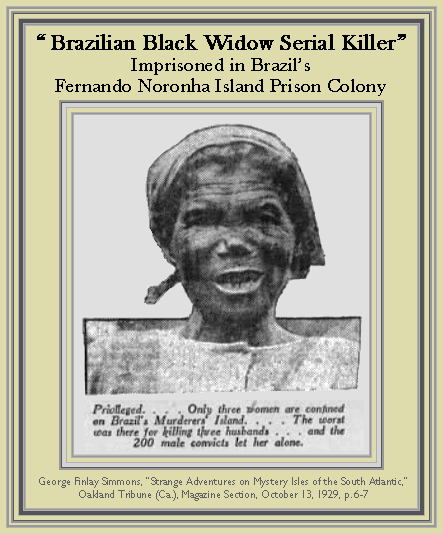 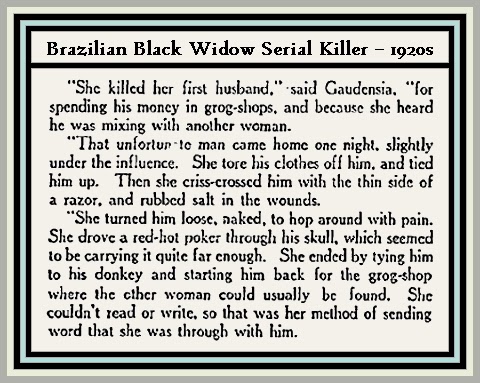 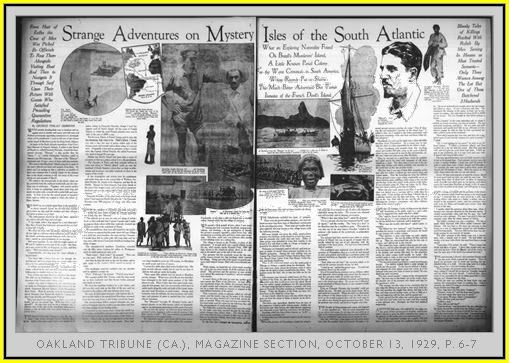