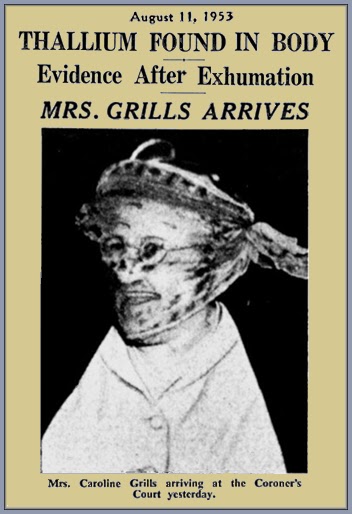 Caroline Grills, born Caroline Mickelson (1890 – October 1960), was an Australian serial killer. Grills became a suspect in 1947 after the deaths of four family members: her 87-year-old stepmother Christine Mickelson; relatives by marriage Angelina Thomas and John Lundberg; and sister in law Mary Anne Mickelson. Authorities tested tea she had given to two additional family members (Christine Downey and John Downey) on 13 April 1953, and detected the poison thallium. Grills appeared in court charged with four murders and three attempted murders (the third being Eveline Lundberg, Christine Downey’s mother) in October 1953. She was convicted on 15 October 1953 and sentenced death, but her sentence was later changed to life in prison. She became affectionately known as “Auntie Thally” to other inmates of Sydney’s Long Bay prison. In October 1960, she was rushed to the hospital where she died from peritonitis from a ruptured gastric ulcer. [Wikipedia] 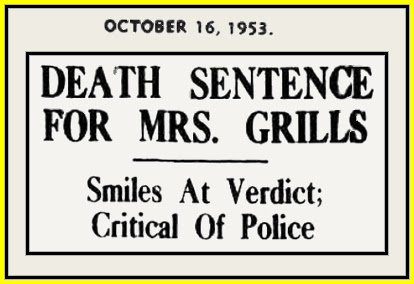 Many women gasped in the crowded courtroom as the jury foreman announced the verdict, but Mrs. Grills drummed her fingers on the edge of the dock, smiled and blushed slightly.

She then threw her head back and smiled broadly.

Asked if she had anything to say why the Court should not pass sentence. Mrs. Grills said she wanted to ask:

‘Has one person any chance against three detectives? Can I ask that?’

Mr. Justice Brereton: ‘Is that all you want to say?’

Mrs Grills: ‘I want to tell you what they did. Can I I tell you?’

His Honor said Mrs. Grills could say what she liked.

‘They went to Mrs. Lane’s place,’ said Mrs. Grills ‘and to her and her sister and they said: What die your mother and father die of? ‘They said: We don’t know.’

‘So Ferguson said: Mrs Grills poisoned your mother and father.

‘Now do you think that if right?’ Mrs. Grills went on: ‘Do you think any per son has any chance with, that sort of people about?

His Honor then said to Mrs. Grills:

‘The jury has found you guilty of administering poison to Mrs. Lundberg with intent to murder her.

‘The evidence discloses that, under the guise of friendship arid loving kindness, but with apparent motiveless malignity, you ad ministered a poison to her and condemned her at least to a life of blindness and possibly to death.

‘I direct that the sentence of death be recorded.’

I After sentence of death had been recorded. Mrs Grills turned to police out side the dock and said: ‘Is that all?’ She then left the dock, escorted by police, police woman and a wardress from Long Bay Gaol. Judge Brereton allowed evidence relating to four other charges against Mrs Grills to be admitted at the trial.

The other charges were of having murdered her stepmother, Mrs. Christina Mickelson (87). Mrs. Angelina Thomas (83), a family friend: and Mrs. Mary Ann Mickelson (60), her brother’s wife; also of the at tempted murder of Mrs Christine Eveline Downfe) (47), Mrs Lundberg’s daughter. 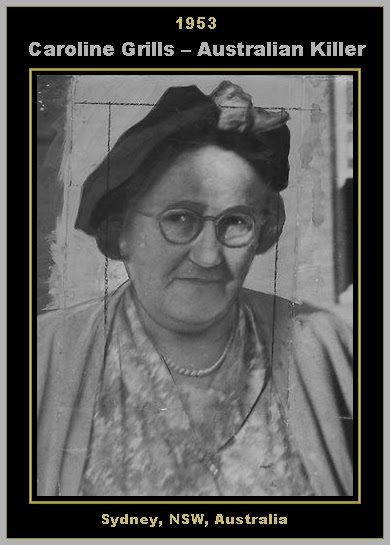 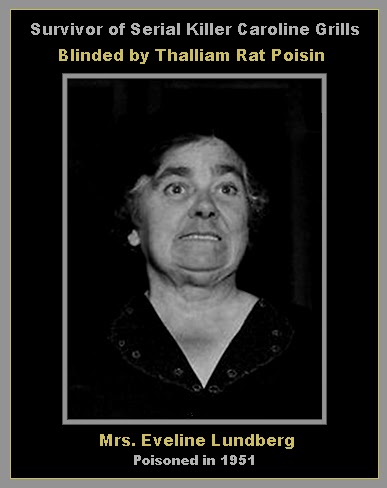 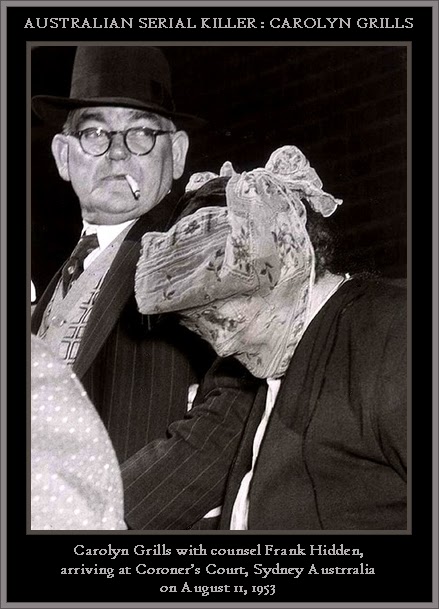 Senior Crown Prosecutor Mick Rooney, QC, alleged that she was “a killer who poisoned for sport, for fun, for the kicks she got out of it, for the hell of it, for the thrill that she and she alone in the world knew the cause of the victims’ suffering.” [“Murder, tried and true,” Sydney Morning Herald, February 11, 2005] 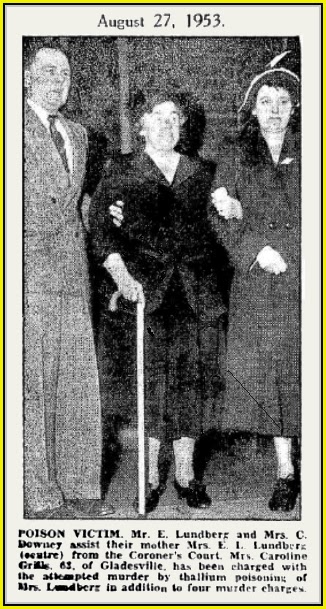 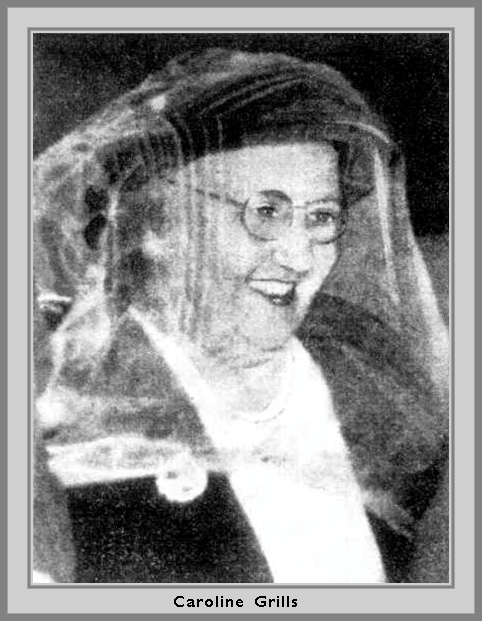 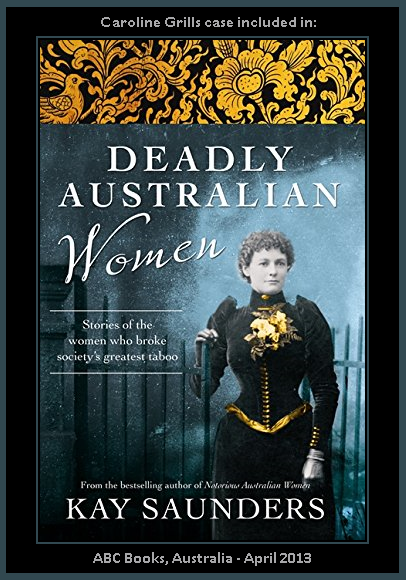