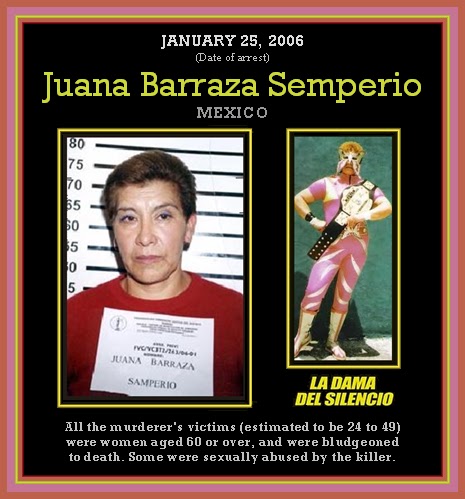 Juana Barraza has been called "Mexico's first female serial killer. She was not the first. See Female Serial Killers of Latin America.

The first murder attributed to Mataviejitas has been dated variously to the late 1990s and to a specific killing on 17 November 2003. The authorities and the press have given various estimates as to the total number of the killer's victims, with estimated totals ranging from 24 to 49 deaths.

All of Barraza's victims were women aged 60 or over, most of whom lived alone. She bludgeoned or her victims, and afterward would rob them. Police reported that there was evidence of sexual abuse in a number of cases.

Barraza was arrested January 25, 2006 and tried in the spring of 2008, the prosecution alleging she had been responsible for as many as 40 deaths. She admitted one murder, that of Alfaro, and told the police her motive was lingering resentment regarding her own mother’s treatment of her. On 31 March she was found guilty on 16 charges of murder and aggravated burglary, including 11 separate counts of murder. She was sentenced to 759 years in prison. Since sentences imposed in Mexican courts are generally served concurrently, however, she will be eligible for parole after serving a maximum of 50 years.


25 victims of Juana Barraza (crime scene photos of each have been published): 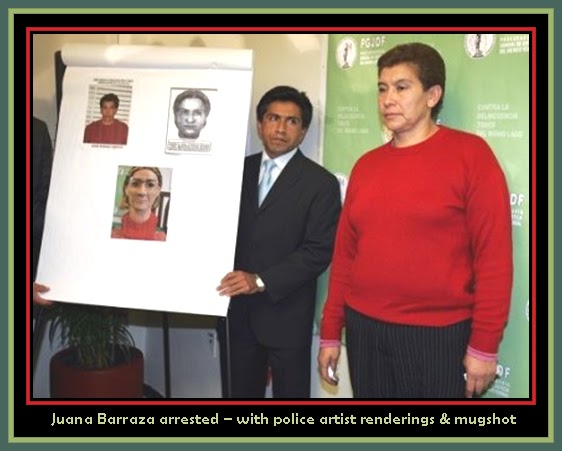 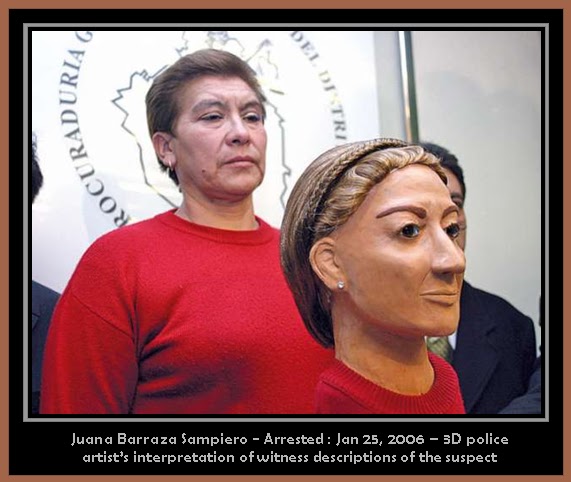 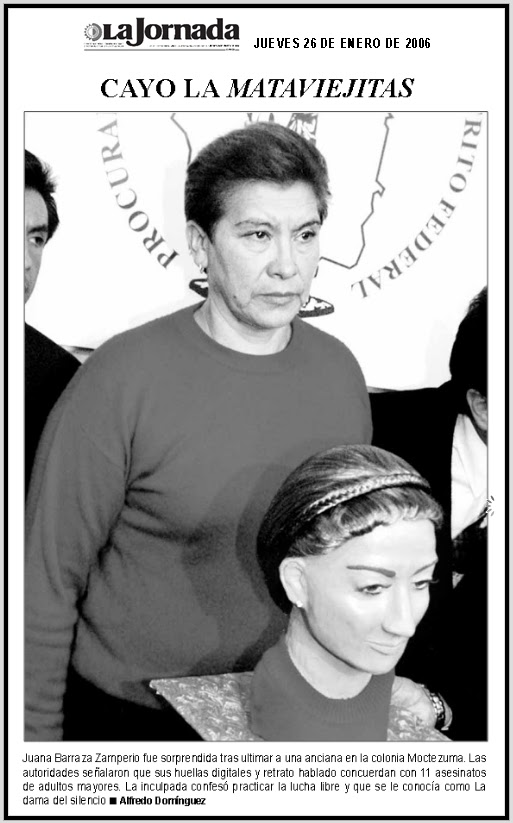 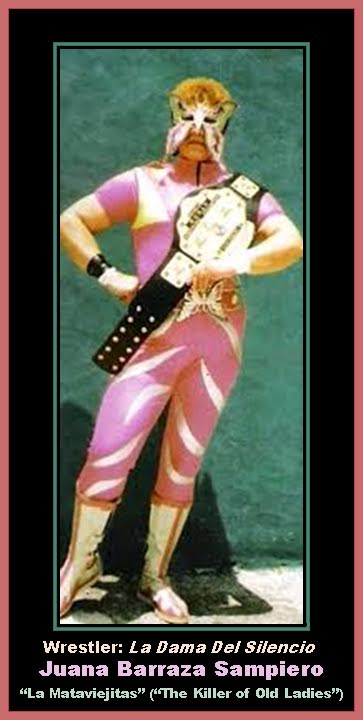 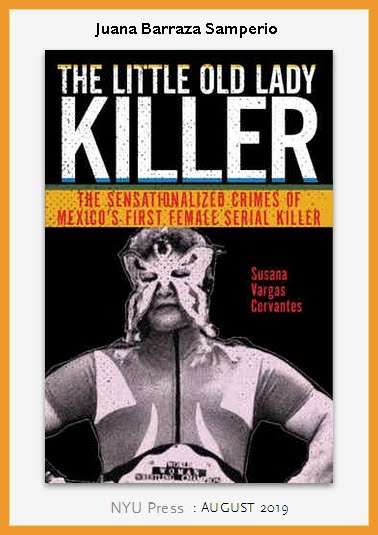