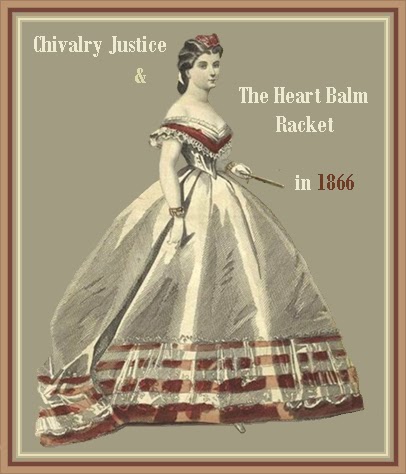 FULL TEXT: The English Solicitor-General [Sir Henry Bovill] said in the House of Commons, upon the subject of juries and Breaches of Promise: “When a tall and pretty lady was set before them as having been deluded, there was no holding them in. He remembered hearing an old gentleman who had been a barrister in India tell the story of a Circasian slave who had murdered the master of the harem there. The counsel said: ‘Put on your best dress, the more transparent the better; set her before the jury, and I’ll answer for the result.’ And the result was exactly what he predicted. She had stabbed the man, but the jury pardoned the crime for the sake of the interesting woman they saw before them. So in the case of an action for breach of promise. A young and interesting woman will get damages; but if a man was ever so young and interesting he got no damages, but has to pay costs and get scouted besides. Why it happened he could not say; but his experience in courts of justice was, that in actions for breaches of promise for marriage the women had it their own way and the men had no chance. The lady was well got up, placed in a conspicuous place, and the attention of the jury directed to her, and of course she was generally in tears. If she was placed in the witness-box and cried under cross-examination, as they always did, it will be all over with the men. The jury, to show their chivalry, their admiration for the fair sex and their contempt for their own, would immediately return a verdict for him.”


“In 1866, Sir William Bovill, PC, FRS (26 May 1814 – 1 November 1873) was appointed Solicitor General, an office which he vacated on becoming Chief Justice of the Common Pleas in succession to Sir William Erle in November of the same year.” [Wikipedia] 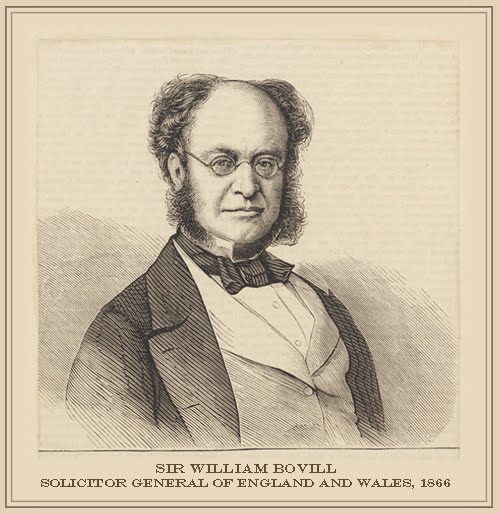