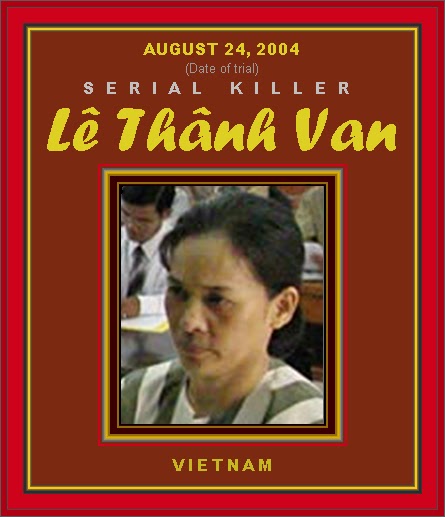 On September 1, 2004 Lê Thanh Vân was sentenced to death for murdering 13 persons in Ho Chi Min City, Binh province, Vietnam. The sentence was upheld by an appellate court on February 3, 2005. In each case, in an attempt to cover up the crime, Van took the victim to a hospital after administering  poison to him. After the victim died, she forged a will and other documents that allowed her to take possession of their property, with a combined of about $26,000 (US).

A year of training at an army medical helped her learn how to kill with poison while leaving no evidence. Among her victims were family members: her mother-in-law, brother-in-law and foster mother.

Lê Thanh Vân, 47, told police she had killed her victims between 1992 to August 2001 to steal their possessions. Each of her victims complained of dizziness, nausea and breathing difficulties before passing away, but no trace of poison was ever found in their bodies. She had stolen from those she killed, a passenger bus, a motorbike, a house and jewellery among other things. Van told the families of the victims that they had sold her the objects before they died.

She was first arrested in 1993 and jailed for four years for fraud after poisoning her first victim the year before, but police were unable to find sufficient evidence to try her. Van was again arrested in July 2000 after police suspected her of poisoning a married couple to steal their minivan. Although they found nearly 1.4 kg (3 pounds) of an unnamed poison in her possession they were unable to find any traces of it in the bodies of the couple and so she was released but police continued their investigation.

[Based on various news sources] 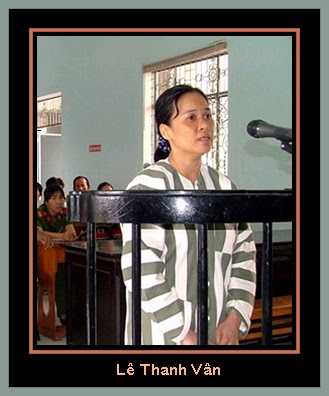