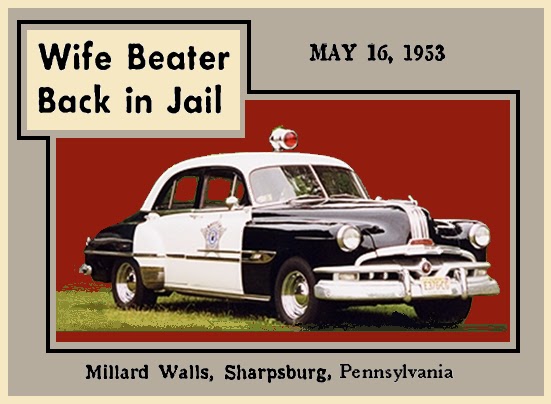 FULL TEXT: Millard Walls, Sharpsburg man freed from jail Thursday after a 21-day stay for wife beating, today finds himself back in jail for a six to 12-months’ term on the same charge.

All because Walls, upon being released by Judge Ralph T. Bell and warned to remain away from his spouse, disregarded the order and raised a rumpus.

He was arrested by Spartansburg police, and the matter called to Judge Bell’s attention. The penalty followed

Walls was jailed last April 24, upon complaint of his wife, Rosemarie, 23, of 1012 Penn St., Sharpsburg, that he had beaten her. judge Bell, thinking the 21 days in jail might have taught Walls respect for the law, had freed him on probation.