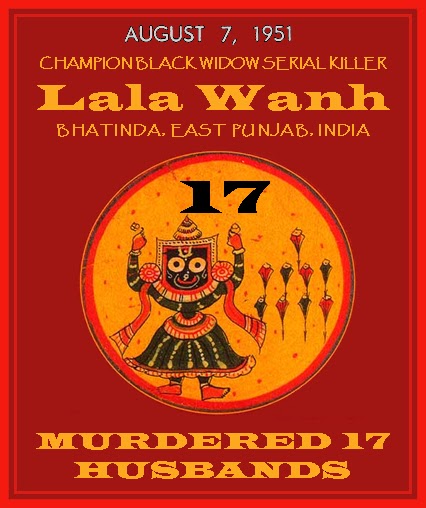 FULL TEXT: Lala Wanh, of Bhatinda, in the East Punjab, was married, according to normal Indian custom, at 14. Three weeks later her husband died and was cremated on the day of his death – another Indian custom.

Lala married again. Her second husband also died a speedy death. Undeterred, she again remarried – 17 times in all, over a period of six years.

Only recently did the police become suspicious. They arrived to arrest Lala, but were too late to save husband No. 17. Lala had just finished him off with an axe.

It was her one mistake, she admitted later. Had she used poison, her last husband would have been cremated the same day, like the others.

Why did she murder all her spouses? Well, said Lala, No. 1 made her work too hard. The others she disposed of as and when she found more attractive partners.

India’s female Bluebeard will not be executed. Murder is not considered a particularly serious crime on the sub-continent, except; perhaps the assassination of a notable. Instead, she will spend between five and 12 years in jail.

An Untouchable, she can neither read nor write, and is not aware of having done anything wrong. In jail, she will be given the dirtiest tasks. 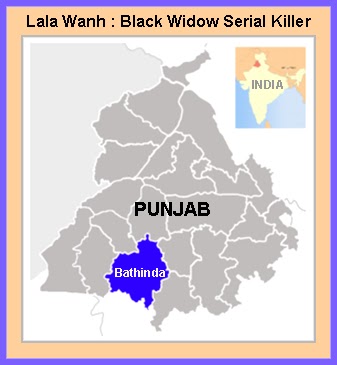