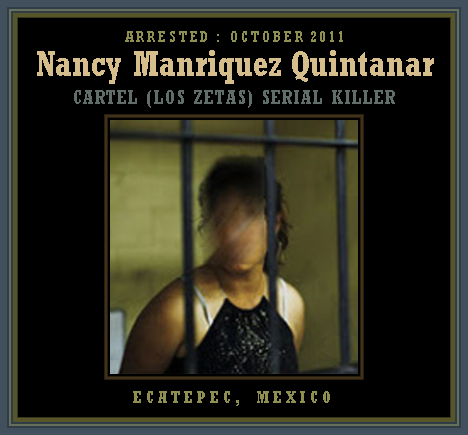 FULL TEXT: Nancy Manriquez Quintanar “La Flaca,” 25-year-old arrested in the municipality of Ecatepec, is linked to at least nine violent murders committed in the eastern state of Mexico, as part of the criminal organization “Los Zetas.”


According to her statements, her primary function within a cell of the criminal group was to go to bars and nightclubs in the region in order to detect narcotics dealers, extract information and inform a hit man about the dealer so he could be killed.

A criminal records search conducted by the Attorney General of the State of Mexico (PGJEM) in conjunction with the State Public Security Agency (ASE), noted that “La Flaca” is a person of interest on a preliminary inquiry into the murder of three people outside the bar “Seven of Cups” in the San Augustine Ecatepec.

She was captured in the company of another men Julio Caesar Sosa Asencio el “Mosco”, 30, who said he worked as a hit man of “Los Zetas.” 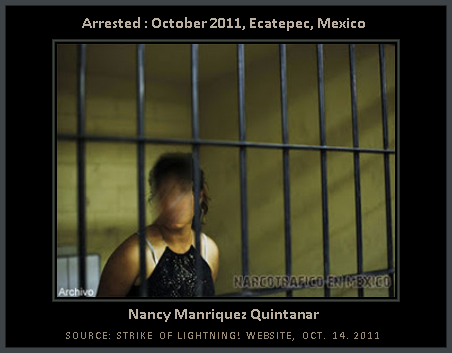 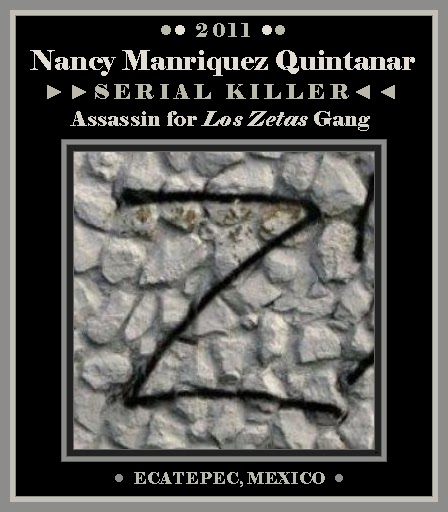