FULL TEXT: BADGERED and brow-beaten to the point of desperation, the long-suffering alimony payers of this fair land are at last organizing to protect their rights as human beings and members of society. The movement had its inception in New York, long the happy hunting-ground of the alimony girls.

It is called the Alimony Payers' Protective Association, and has some 750 members, although only a few weeks old. It will spread, lawyers, judges and laymen agree, for popular disgust with the alimony provisions of the divorce laws has been growing rapidly in the last few months, and students of law say that it will prove to be one of the really significant and important movements of the decade.

Sponsors of the association say that it aims to achieve the following objectives: Protect the American home against unscrupulous lawyers out for fat divorce court fees and nothing else. Secure uniform divorce and separation laws in all the States. Discourage the perjury, blackmail, conspiracy and extortion so frequent in litigation involving marital relations. Do away with court discrimination in favor of women.

Robert Gilbert Ecob, a New York architect, is the Moses who is to lead the alimony payers out of Egypt into the promised land of fair dealing and common sense, and he is very serious about the crusade.

“Too many persons seem to think this alimony, business is funny until it hits them in their  pocketbook nerve," he says.

“For years now there has been more or less jesting about alimony clubs, husbands kept in jail by money-hungry wives, and the inability of a man to get a square deal in court when opposed by a pretty and tearful woman. When a husband fell into arrears and was jailed, it was considered excruciatingly humorous.”

“The alimony payer was a ridiculous and ignominious figure—to his wife, to the public, to his wife's lawyers, and even to his own attorneys. But the alimony question is one of the most serious problems of our time."

“Stop thinking of every alimony victim as absurd and you'll find many a tragedy caused by this much-abused American institution. What does easy alimony mean? Ruined homes, frequently. Children held as hostages, to exact the last cent from worried fathers who have lost their wives or former wives. Yes, and the rise of the shyster lawyer. The creation of a new class of parasites—the professional correspondents”

An order to pay alimony has often been the beginning of the end of all things for bright young business or professional men, Mr. Ecob has found. Particularly professional men.

A doctor or a lawyer, say, is ordered to pay outrageous tribute to the lady who has divorced him? She no longer desires his company, but simply yearns for his shekels. She has borne him no children. Suffered no hardship's. Enjoyed herself for a time as the head of his household. Still he must pay her as if he had ruined her life, left her disabled for the struggle with the world. 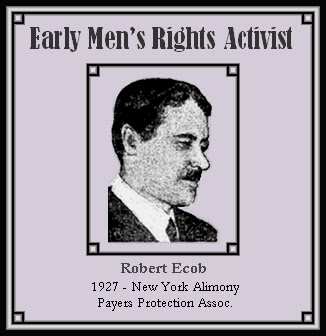 “And because the husband depends on public confidence and regard for his living, his income decreases just as his outgo must increase,” says Mr. Ecob, “It does not help a professional man to have to pay alimony. Then too, if the case was tried in New York, the wife probably has ‘framed' her husband with a professional  corespondent, or quite possibly gotten him to agree to her, plan. "Friends leave him. , 'Old-fashioned clients cease to patronize him. Those he owes money to come down on him for immediate payment. He has all the responsibilities of the head ;of a family, none of the inspiration. But the lady is 'sitting pretty,' as they say. She has a man to provide for her, without having to endure the stupid creature around the house.”

Indirectly others besides husbands and ex-husbands suffer when unreasonable alimony is granted some selfish woman, Mr. Ecob says, and he cites scores of instances in which the mothers and sisters of such men have been obliged to make financial sacrifices to bail out sons or brothers kept in jail for inability to keep up their payments.

“I know hundreds of cases in which justice has been mocked in the interests of women,” says the leader of the embattled alimony payers.

“Let me recite the facts in one such case. A man I shall call Bill is a friend of mine. He is an architect. Five years ago he married a fluffy little girl, without too much character and not overburdened with brains. But he insisted she was pleasant and kind-hearted. Maybe.”

“That woman was provided with luxuries she did not know existed when she was a girl. She had a home in a fine neighborhood. She had a house full of well-trained servants. Bill's business took him out of town to inspect-buildings occasionally, and the leisure she had employed to sit down and get ideas. She got the idea her 'husband loved his profession better thanhe loved her. She decided she was one of those neglected wives the she-male novelists write so much about. Plenty of girls get the same idea, without ever stopping to ask whether they are exerting themselves to keep their husbands lover-like.”

“After a lot of meditation, she told Bill that their marriage had been a failure and she felt it would be immoral for her to live with him any longer, as she no longer loved him. She didn't say anything about the morality, or otherwise, of living on his money after divorce.”

"She went to a divorce lawyer. He was a rascal, and inflamed her further against poor Bill. He got a hired corespondent, and they 'framed' my friend.

“Bill had one handicap. He was a gentleman. He suggested that his wife get a separation instead of a divorce, and promised to put no obstacle in her way. He offered her generous separate maintenance, and she accepted. Then he went away on business.

“When he returned he found that, the scoundrel of a lawyer had prevailed upon his silly, rattle-brained little wife to get an absolute divorce, instead of separation, and on the grounds of infidelity with the professional corespondent. And the simple-minded judge was so affected by the little wife's story he ordered Bill to pay her $20,000 a year. His income was $25,000.

"It was a particularly sad case. Bill's clients did not like the publicity, he had been getting, and couldn't be convinced that the infidelity evidence was all framed up. Orders were cancelled. Friends in the pleasant suburb in which he lived didn't invite him about. The men explained their wives thought it would not be good for the children. A bank called a loan. Small tradesmen began to clamor for speedy payment. Trying to make ends meet, he failed to make an alimony payment one month and was clapped into jail.

“To-day Bill is working for $85 a week, and his fool of a wife, or ex-wife, is trying to collect $50 of it from him. If it had not been for the stupidity of a judge, the rascality of a lawyer, and the weakness of his wife, he would have been one of the men of mark in his profession.”

Very rich men, such as William K. Vanderbilt, do not suffer when ordered to pay alimony, Mr. Ecob says, because they have no clientele to be offended. They can live where they please. The payments don’t bother them. And they are highly enough placed to snap their fingers at public opinion. Mr. Vanderbilt’s wife is in Paris, and she is seeking a divorce after a long period of legal separation.

Such a man as Edward West Browning, whose difficulties, with “Peaches” Heenan kept the country in laughs for a long time, can also afford to fight an alimony action if he has to.

“The man inclined to fight back, and to glory in the fray, won’t feel the unfavorable publicity so keenly as most men,” Ecob points out. “Besides, the real estate business, in which Mr. Browning is engaged, is not like some others. It is not so readily hurt by notoriety.” 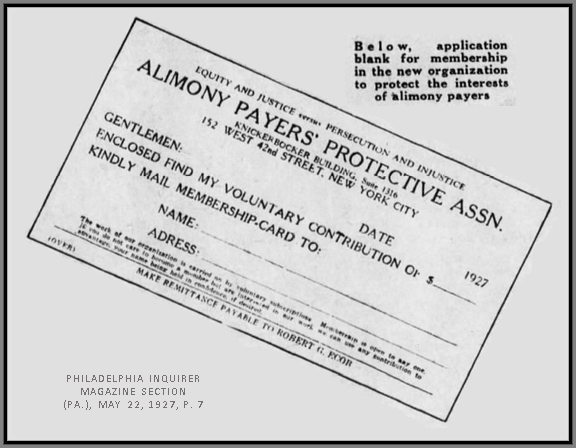 Some members of the New York branch of the Alimony Payers Association are sill in jail for being in arrears, and Ecob, their spokesman, has some really sterling stories of this phase of the alimony hustle. There is, for instance, the story of Tony, the laborer.

“Tony was an immigrant. He spoke English badly,” explains Mr. Ecob. “But his wife had American ideas.”

“They had an ordinary falling out. Instead of trying to make up, she sought a separation and alimony. After listening to her fluent statement of her case, and Tony’s  fumbling defense, the judge ordered the poor, fellow to give her $28 a week out of a wage of $35.

“More than that be was ordered to put up a $500 bond to assure payment. He didn’t have if. He was clapped into the Ludlow Street Jail, New York. There he remained from June until October.

“When we found out about his case, he had contracted tuberculosis because of his long confinement. It was hard to get him out, but we finally did it. He is in a hospital now, guarded night and day by a policeman. I ask any man if that is not absurd? The old combination. A tongue-tied male defendant, a spiteful, unreasonable wife, a shyster lawyer and a court without the gift of understanding.”

A bad feature of the present divorce and alimony laws, so loosely drawn and so different in different States, is the emphasis on what Ecob calls the “sex stuff.”

When a woman prepares to divorce her husband in a state where they recognize half a dozen possible causes for divorce, she is told by shyster lawyers that if she alleges infidelity, or worse, abnormality, she will get a greater measure of sympathy from the judge and a correspondingly larger share of her repudiated husband’s worldly goods.

Such knowledge is demoralizing. That is why, he says, so many women who are simply tired of their hubbies and want a new thrill from existence, “frame” them with hired correspondents, when the poor men are, in fact, as innocent as babes. It is the reason there is an increasing tendency on the part of bored wives seeking freedom to charge their husbands with all kinds of odious misconduct within the marriage bond.

“In the days of Queen Victoria,” says Mr. Ecob, in winding up his argument in favor of the alimony payers, “Charles Dickens took pen in hand to wipe out the evils of imprisonment for debt and the injustices of the long delays in the Chancery Court.

“I feel myself not altogether adequate to the task I have set for myself, but nobody else seems anxious to lead in the new crusade. What we really need is a new and eloquent Dickens, to write in burning words of the wrongs of the alimony slaves, and dissipate forever the idea that there is something intensely funny about a man paying tribute to a lazy, selfish, worthless woman willing to live on his bounty while denying him a husband’s rights.” 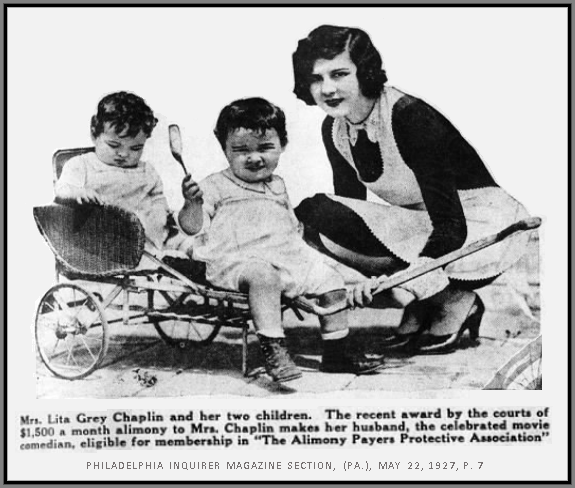 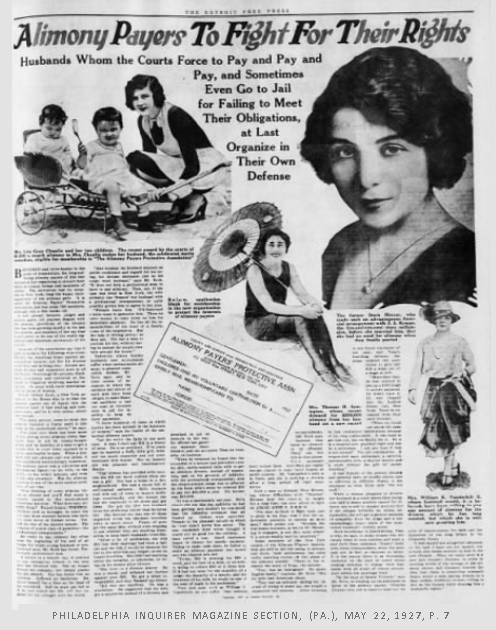 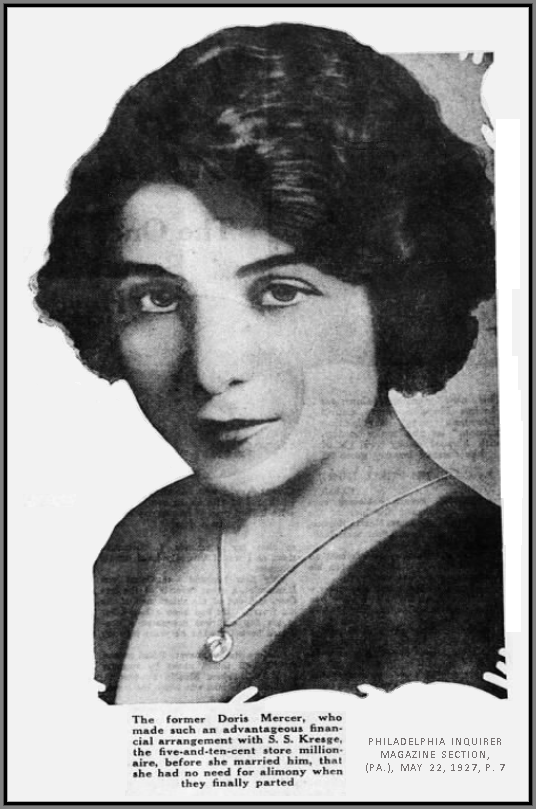 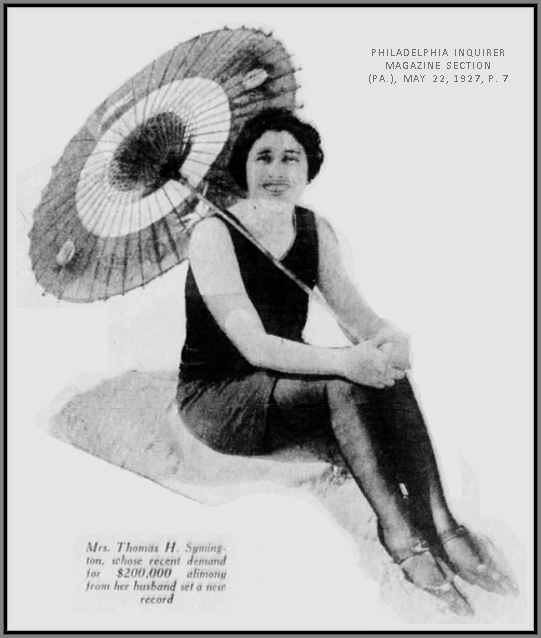