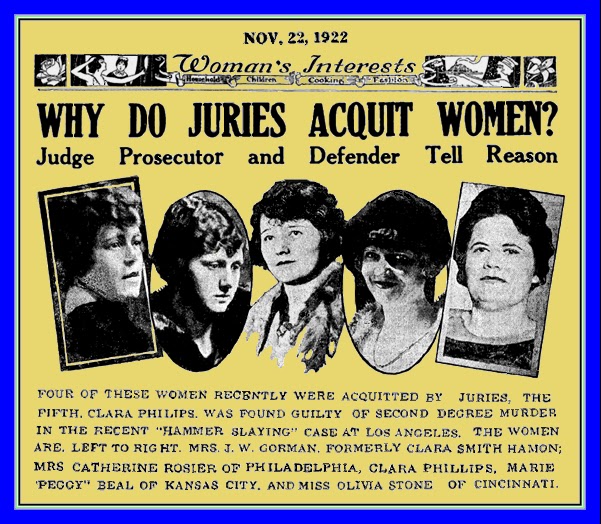 FULL TEXT: Why is it almost impossible to get convictions of women in murder cases?

The NBA Service put this question to three of the foremost jurists of America — a judge, a prosecuting attorney and a famous, defense attorney.

Judge Florence E. Allen of Cleveland, the first woman ever to sit on a state supreme court bench, speaks for the judges. Judge Allen won wide commendation for her handling of several murder cases when a common pleas judge.

Thomas Lee Woolwine, nationally famous for his prosecutions of women in famous murder cases, and who recently convicted Clara Philips of second, degree murder in the “hammer slaying” case, gives the prosecutor’s opinion.

Clarence Darrow of Chicago, preeminent as defender in many murder cases, tells the reasons from the standpoint of the defense. 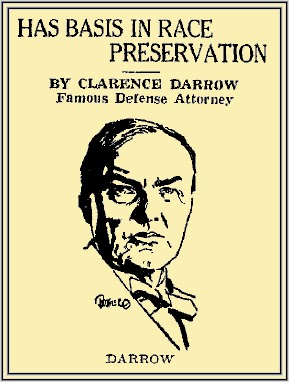 Chicago, Nov. 25. — It is idle to talk about judging men and women alike. Nature does not do it. Man cannot do it.

For hundreds of years, in what are called the civilized nations of the world, women have been looked upon somewhat as children.

A feeling of what is called chivalry has grown, as a consequence of this attitude. Men are taught many courtesies and considerations which. men do not give to each other.

Every one with common experience knows that in every way, the law has been both made and administered to give women privileges which men would never claim. If a man kills his wife he is almost sure to hang. But a wife can kill her husband and run little risk of punishment.

If a man strikes his wife, he is a brute and no sentence is too severe. But let a woman strike her husband or nag him or make his life unbearable, and the public applauds her conduct and says he deserves it.

Most all murders committed by women grow out of sex relations, whether in the family or outside. Is there any biological reason for this, or would the indiscriminate hanging of women restore equality and prevent this class of murders?

Nature seems interested mainly in the preservation of life, and in its preservation women are the most important. Both as to the bearing and rearing of children, women necessarily take the responsibility and must take it.

This is not, only true of human life, but it is a law that reaches all animal life us well.

Neither with men nor animals does the newly barn offspring make any strong impression upon the male. Whereas with the normal female, in most cases, she is ready to give, up her life for an offspring that is not even of  sufficient age to appeal to her on account of association.

It is then quite beyond question that the strength of the maternal instinct is fundamental to the preservation of the species. All normal life, and most abnormalities relating to sex is based upon this primal feeling.

With a woman, her relations to man, whether conscious or unconscious, means the preservation of the species, and the love of the man is really the love of the child born or unborn. To most women this is almost all of life. No other instincts interests, feeling of customs stand against it.

For these reasons equality of justice between the sexes is impossible. If men and women could be judged alike, it, would ultimately mean the extinction of the human race. Human laws and human customs cannot undo the innate, feelings and instincts which are. the basis of life.

If human institutions could be evolved where complete justice would be melted out to all, then every person would be judged not only according to his actions, but according to the physical and mental makeup of his machine, and according to full considerations of time and place

If this were done, probably no one would condemn another. There are very few women who commit murder who could be deterred from it, or in any way influenced, no matter what the consequences might be.

A general crusade, or a general feeling in favor of visiting severe penalties on women who slay, would simply result in sorrow, disgrace and misery to thousands of women and their families without in any way changing the conditions of life.

Not only is it unscientific, and cruel to judge men and women alike, but it is really unjust to judge any two human beings alike, and the safest way is not to judge at all. 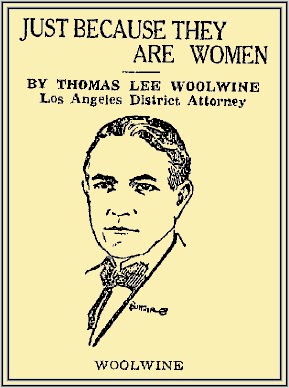 ~ ~ ~ JUST BECAUSE THEY ARE WOMEN ~ ~ ~
By THOMAS LEE WOOLWINE, Los Angeles District Attorney

Los Angeles, Nov. 25.— There can be no question that it is more difficult to convict a woman for any offense than a man.

My office has had unusual success in establishing the guilt of women charged with crimes of violence. Within the past two years we have convicted Mrs. Louise Peete and Mrs. Maybelle Rowe of first degree murder, Mrs. Clara Phillips of second degree murder, two other women of manslaughter and one of deadly assault.

The reason it is well night impossible to punish women for crimes of violence in particular is simple: It is because they are women, and because sex plays a vital part in every such trial.

Men are innately loath to punish women. Women naturally arouse a feeling of false chivalry in men which allays and tempers their judgment upon the evidence.

It is more difficult for a prosecutor to overcome this powerful factor than it is to convince a jury upon the state of facts presented.

This sex advantage, under the circumstances, is as natural as that we breath and eat. It no doubt always has obtained and always will, and there is no way to avoid it.

I have seen no indication that this fact is being modified by the mixed jury as though I have never known of a case where the jury was composed entirely of women, and can  only speculate on what the result might he in that circumstance.

It may be said that even the prosecutor himself, being a man, cannot by nature fight a case against a woman defendant with quite the force and vigor  he would exert in appearing against one of his own sex. 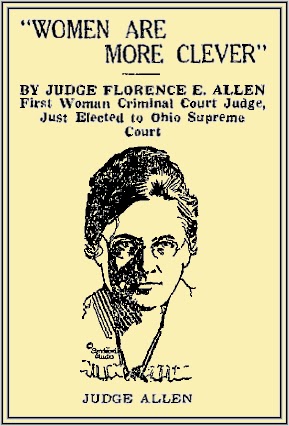 Cleveland, O., Nov. 25.—There are a number of reasons why women are so often acquitted in murder cases. Here are some of them:

1.  Men have always sat on juries and men instinctively shrink from holding women strictly accountable for their misdeeds. Now that women sit on juries I expect the percentage of convictions in cases of women to be greater.

2.  Women are more clever than men in arousing sympathy. I had one woman, a hardened criminal, stage a terrific fainting spell in my courtroom after the jury found her guilty. It took four men to carry her to jail. She continued having these spells, so long that I had to defer pronouncing sentence. Finally I sent her word that the longer she acted so, the longer she would be in jail. Within a few moments she sent up word that, she would be good and received her sentence meekly, with no trace of feeling.

But when a woman murders someone it is apt to be through jealousy or some personal reason. Women have murdered for life insurance, but in general, personal reasons are involved oftener than with men and, because motives and the workings of the human heart are so hard to trace, the murder case against a woman is really harder to prove than the case against a man, which so often arises out of some other crime. 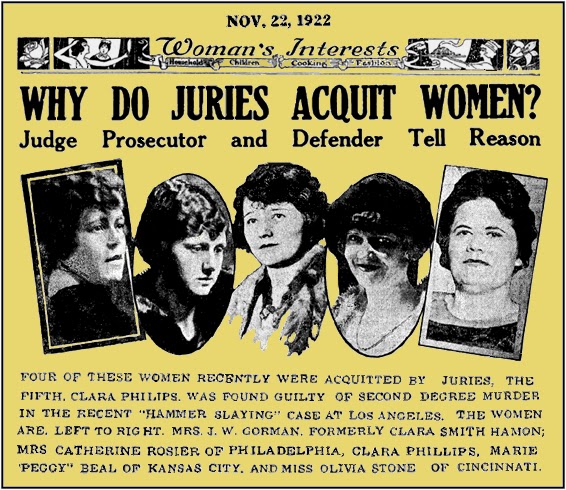