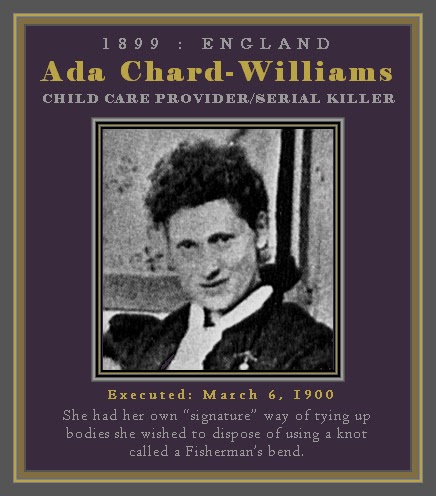 FULL TEXT: The trial at the Old Bailey of William Chard Williams, aged forty-three, and his wife Ada, aged twenty-three, on an indictment for the murder of Selina Ellen Jones, an illegitimate child of eighteen months, concluded on Saturday evening under remarkable circumstances.

The murder was deliberate and cold-blooded, and of the baby-farming class. Early in September a Woolwich newspaper contained this advertisement: “Young married couple would adopt healthy baby. Very small premium. Write first to Mrs. M. Hewetson, 4, Bradmore-lane, Hammersmith.” This was the assumed name of the prisoner, Mrs. Chard Williams. The advertisement was replied to by Miss Jones, who lived with her mother at Woolwich, and whose child, Selina Ellen Jones, was handed over to the advertiser with a premium of ₤3 and some clothing after the latter had made several deceitful statements.

In truth the woman “Hewetson” or Williams and her husband had been living since July in No. 3, Grove-villas, Grove-road, Barnes. Thither she had taken the unfortunate little child, who endured three weeks’ ill-treatment, and was then murdered. The body was recovered on September 27, on the fore-shore of the Thames at Battersea, the parts bound together with cord like a trussed fowl.

No direct evidence of the murder was forthcoming. Dr. Kempster, from postmortem examination, said the child was first stunned, then strangled, and after death was thrown into the river. Circumstantial evidence was furnished by

of the cord round the body, known as “fishermen’s bends,” and these were curious to Police-constable Voice, who had learned them while in the Navy, and who afterwards, found in Mrs. Hewetson’s house, which she had abandoned hurriedly, similar cords and corresponding knots.

The defence called no evidence, but much was said about the ‘‘fishermen’s bend,” which the presiding judge, Mr. Justice Ridley, discussed as an expert, as he had had experience of this knot, he said, while salmon fishing. 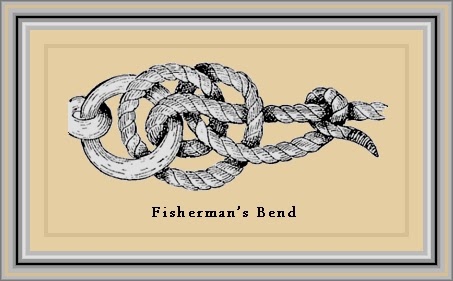 After half an hour’s deliberation the jury found Mrs. Williams guilty of willful murder, but as regards her husband they merely declared him “accessory after the fact.” She was accordingly sentenced to death, and removed from the dock, saying “ Thank you, my lord,” in a loud voice.

The situation created by the verdict regarding the husband, was so peculiar that Mr. Justice Ridley doubted if it could hare any weight, the indictment being for murder. Some discussion ensued, and his lordship invited counsel for prosecution and defence to come into his private room and consult with him.

This was done, and resulted in an arrangement to disregard the verdict given, and enter one of not guilty.

The jury, evidently surprised, gave a verdict acquitting the husband under the judge’s discretion, and he was liberated.

But on emerging from the dock he was immediately re-arrested by a City officer on a warrant charging him with fraud.

Wikipedia: Ada Chard Williams (1875–1900) was a baby farmer who was convicted of strangling to death 21-month-old Selina Ellen Jones in Barnes in London in September 1899. Florence Jones, a young unmarried mother, had read an advert in the local newspaper which offered to find homes for unwanted children. She agreed to pay £5 to a Mrs Hewetson (Ada Chard Williams) but could only give her £3 on the day. Being an honest woman, she went back later with the balance and found that Mrs Hewetson and Selina had vanished. Florence reported the matter to the police. Ada Chard Williams wrote a letter to the police denying the crime but in effect admitting she was a baby farmer who bought and sold babies for profit. The police soon discovered that Mrs Hewetson was Ada Chard Williams. However, they had no body with which to prove there had been a murder, at least not until Selina's corpse was washed up on the bank of the Thames at Battersea. Like Amelia Dyer, Ada Chard Williams had her own "signature" way of tying up bodies she wished to dispose of, using a knot called a Fisherman's knot or bend and which was a crucial piece of evidence at her trial at the Old Bailey on 16 and 17 February 1900. She was hanged, aged 24, in the yard of Newgate prison on 6 March 1900, the last woman to be hanged there. She was suspected of killing other children although no proceedings were brought. 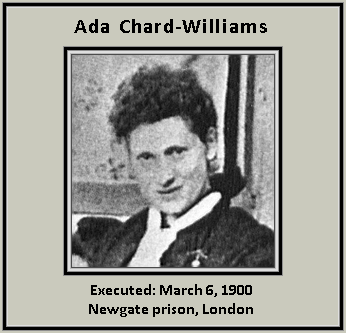 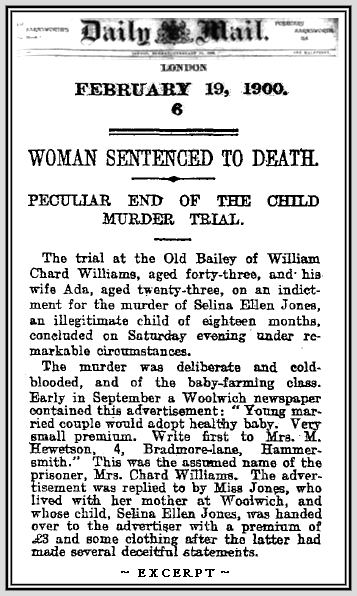