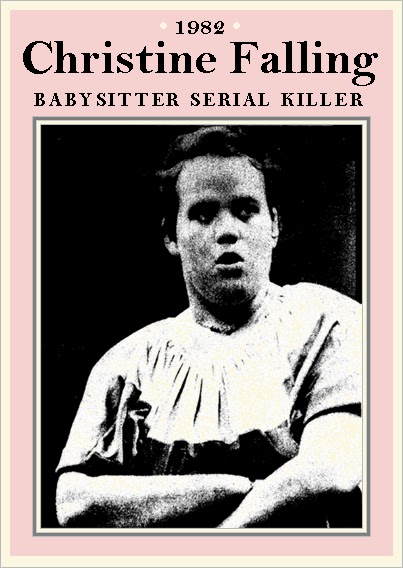 On 25 February 1980 was the two-year-old Cassidy Johnson in a medical practice in Blountstown admitted. This diagnosed meningitis caused by a traumatic brain injury had been caused. Three days later the girl died of his internal injuries. Christine Falling, which had had to feed the baby as a baby sitter, stated Cassidy had fallen out of the crib. The attending physician did not believe her, and advised on a sticky note to the police, Christine to take a closer look. However, the list was lost on its way to the Police Department.

Shortly after the death of Cassidy Falling Johnson moved to Lakeland (Florida). Two months later, in early summer 1980, died four years under the supervision of Jeffrey Davis. The autopsy was myocarditis in an official cause of death, however, questioned the doctors that she alone had caused death of Jeffreys. Three days after the death of Jeffrey Davis, whose funeral was held. Christine Falling was called to his cousin, the supervising only two years old, Joseph Spring in the meantime. Joseph died a few hours later - on a “viral infection”, as the doctors called it.

Falling In July 1981, left Lakeland, and returned to her hometown of Perry back to North Florida. Since many families fear their children would not entrust the care of Christine Falling, she began working as a nursing assistant for the elderly. Here, the 77-year-old William Swindle died the same day that Christine had begun to work with him in his kitchen.

The turning point in the mysterious death series was the death of the ten week old infant Travis Coleman, on 2 Died in July 1982, should be careful while Christine Falling in Blountstown on the child. The doctors diagnosed at autopsy internal injuries that could be solely caused by suffocation. When police responded to Falling, she confessed to killing three of the children. Because she had heard voices telling her “kill the baby,” she had smothered the defenseless children with pillows and blankets.

Christine Falling was sentenced in December 1982 to life imprisonment. Only her confession prevented the death penalty. You could make only after a minimum of 25 years, in 2007, an application for pardon. However, it is still (as of November 2009) in prison in Homestrad ( Miami-Dade County, Florida). 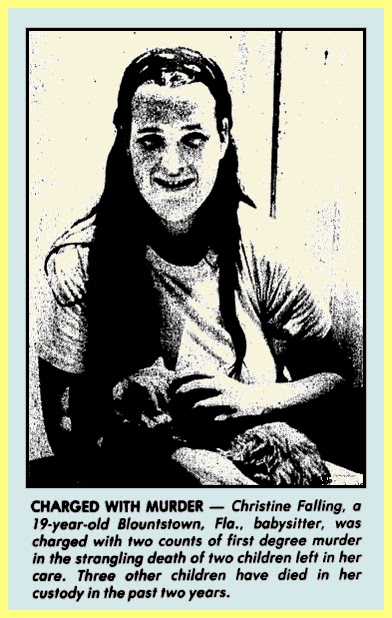 NOTE: Falling was suspected of six murders in all.

EXCERPT: Five children and one adult dead within two and a half years. Christine was averaging a death every six months. Suspicion now focused solely on the babysitter.

She was admitted to hospital, where he was examined by a psychiatrist. While there she was charged with three counts of first-degree murder. Christine confessed to some of the murders. She said, "I don't know why I done what I done, I did it like, you know, simple, but it weren't simple. I pulled a blanket over the face. A voice would say to me, 'Kill the baby,' over and over. Then I would come to and realize what happened."

“As a child, [Christine Falling] showed her ‘love’ for cats by strangling them and dropping them from lethal heights in order to ‘test their nine lives.’” [Michael Newton, Bad Girls Do It!, 1993, p. 70] 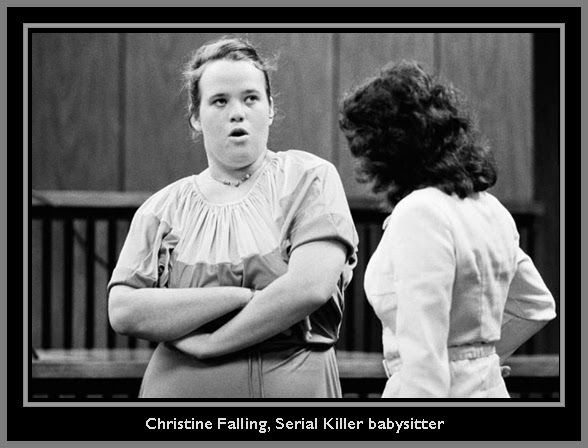 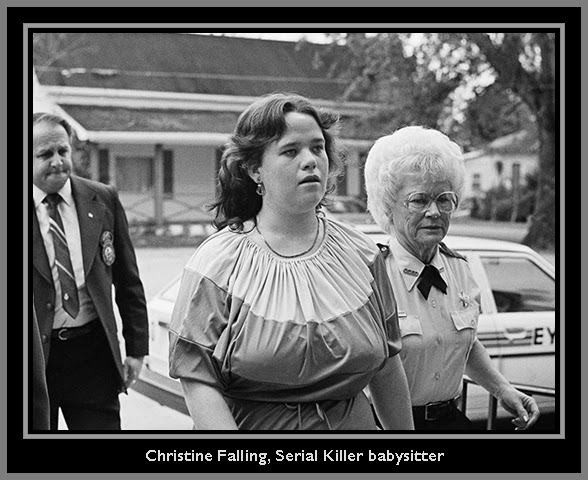