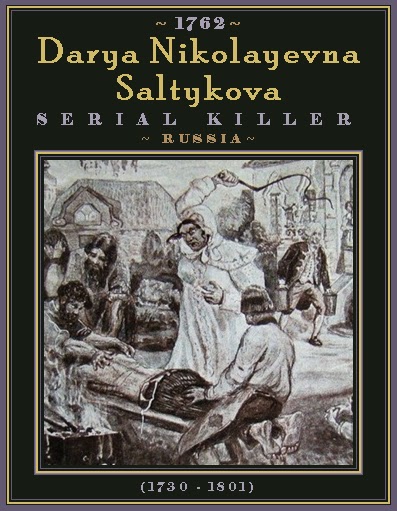 WIKIPEDIA excerpt: Darya Nikolayevna Saltykova (Russian: Дарья Николаевна Салтыкова; née Ivanova, commonly known as Saltychikha) (1730 - 1801) was a Russian serial killer and noble. Saltykova was a Russian noble from Moscow who became notorious for torturing and killing and torturing 138 female serfs. She beat them with logs and rolling pins and reportedly mutilated their genitals. (Sebag Montefiore, Prince of Princes: The Life of Potemkin, Thomas Dunne Books, 2001, p. 22)

Daria Ivanova married young into the famous Saltykov family. She was widowed by the age of 26. With her husband’s death, she inherited a substantial estate, where she lived with her two young sons and a substantial number of serfs. Many early complaints to authorities about the deaths at the Saltykova estate were ignored, or resulted in punishment to the complainants, because Saltykova was well connected with holders of power at the royal court.

Eventually, however, relatives of the murdered women were able to bring a petition before Empress Catherine II. Catherine decided to try Saltykova publicly, in order to further her “lawfulness” initiative. Saltykova was arrested in 1762.

Saltykova was held for six years (until 1768), while the authorities conducted a painstaking investigation. Catherine’s Collegium of Justice questioned many witnesses and examined the records of the Saltykova estate. The investigating official counted as many as 138 suspicious deaths, of which the vast majority were attributed to Saltykova.

She was found guilty of having killed 38 female serfs by beating and torturing them to death, but the Empress was unsure about how to punish her; the death penalty had been abolished in Russia in 1754, and the new Empress needed the support of the nobility.

In 1768, Saltykova was chained on a platform in Moscow for one hour, with a sign around her neck with the text: “This woman has tortured and murdered.” Many people came to look at her during the hour she was displayed. Afterward, she was sent to imprisonment for life in the basement of Ivanovsky Convent in Moscow. She was buried next to her relatives in the Donskoy Monastery necropolis. 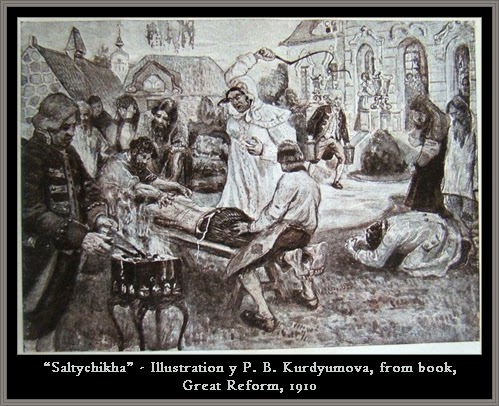 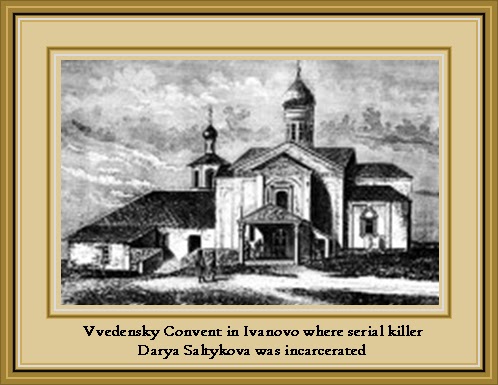 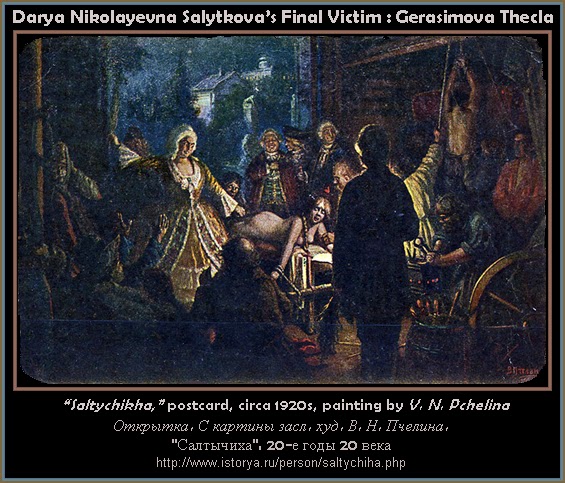 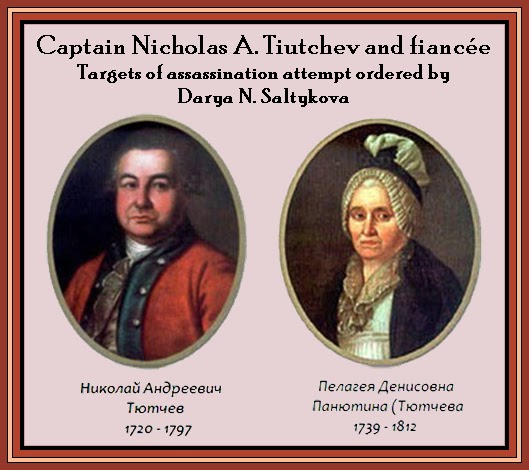 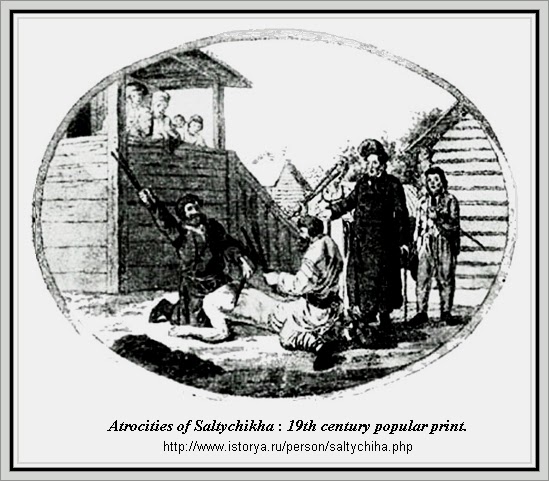