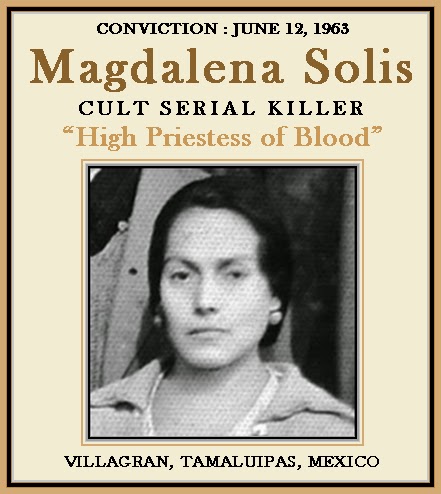 Wikipedia: Magdalena Solis also known as the High Priestess of Blood, was a serial killer, a member of a cult in Mexico that was responsible for orchestrating several murders, and participated in drinking the blood of the victims. She was convicted of 8 murders and sentenced to 320 years in prison.

Santos and Cayetano Hernandez recruited Magdalena Solis and her brother Eleazor to pose as mystical gods so their gang could extort money and sex from their followers. Early in 1963, the Hernandez brothers convinced the remote village of Yerba Buena that the Inca gods of the mountain were willing to give them fabulous wealth in exchange for their undivided loyalty and sexual favors. The uneducated peasants never realized that the Inca dynasty was of Peruvian origin and if they had gods dwelling in the mountains, they would have been Aztec. But despite that, the villagers cleared out mountainside caves to use as temples for the brothers’ elaborate rituals. The men and women of the village became sexual toys for the brothers in the hopes of bringing good fortune to the village. But after three months of sexual sacrifices, no gods made an appearance or sent messages, and there was no discernible change in the quality of life or work. With their royal lifestyle in danger, the brothers decided to expand their scam, making it into a commercial enterprise.

They decided to bring the gods to the people. In Monterey it didn’t take long to hire hooker Magdalena Solis and her pimp brother. They were introduced to the villagers in one of the mountain caves, magically appearing through a flash powder-induced cloud of smoke. Peasants desperate to improve their situation handed the con men their money and personal belongings. They were promised mystical treasure hidden in the mountain’s mythical caverns, but when the wealth failed to appear, disgruntled villagers began to raise suspicions. The dissenters were dubbed “unbelievers” and fingered as human sacrifices. Over a six-week period, eight villagers were beaten to death during ritual ceremonies, the first two by their own frightened neighbors. To please their blood-thirsty gods, the people of Yerba Buena drank the blood of their friends and neighbors from ceremonial goblets.

The next six victims were sacrificed at more organized rituals devised by the brothers for maximum effect. The high point of the assembly was drinking of their victims’ blood mixed with chicken blood in sacrificial goblets. One ritual, consisting of a beating, burning, and machete hacking, was witnessed by an outsider who happened upon the scene. Schoolboy, Sebastian Guerrero, 14, saw the carnage and ran seventeen miles to the town of Villa Gran and the local police station. The police laughed when he told his story, but because he was so upset, they sent him with an officer, Luis Martinez, to check out the story. Neither one returned. Several days later, police and soldiers from the state capital, Ciudad Victoria, were sent to investigate the site. On 31 May, 1963 they found the hacked corpses of Officer Martinez and Guerrero, as well as grisly evidence of other killings. Martinez was found with his heart ripped out of his body.

Magdalena and Eleazor were found in a nearby home tripped out on marijuana. Santos Hernandez was killed in a hail of bullets during a shootout with the police. Villagers scattered into the mountains searching for the protection of their gods. The most fanatical set themselves up in the caves that dotted the mountainside. They exchanged rifle fire with the officers and soldiers, but superior fire power and numbers eventually overwhelmed them. As it turned out later, Cayetano Hernandez was killed earlier by Jesus Rubio, a villager who had caught onto the scam and wanted a piece of it for himself. The Solis high priests and twelve of their now sadly disillusioned followers were brought to trial on 13 June, 1963. Each of them received a prison sentence of 30 years.

* Inca was a South American culture, Whereas it was Azetec and Maya that were located in the region in question. 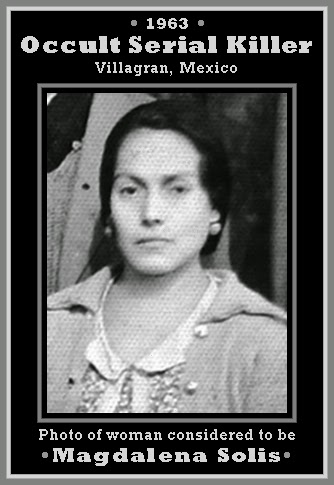 FULL TEXT: Ciudad Victoria, Mexico –  Twelve members of a weird cult that practiced human sacrifice and burned a woman at the stake have been found guilty of murder in a Tamaulipas state court.

Dist. Judge Luis G. Gomez said he would set their punishment when he pronounces sence on the 12 – all farmers from the Yerba Buena farming cooperative near Villa Gran, Mexico, 175 miles south of Nuevo Laredo.

The defendants, all men, were found guilty of killing six persons.

One defendant told the court Wednesday how a high priestess was clubbed senseless, stoned and burned at the stake after she volunteered to give herself as a sacrifice to the gods of the cult.

Witnesses told how several cultists rebelled when cult priests asked for another volunteer. They fled from the ceremony and informed police of the cult.

State police arrived and in the resulting gunbattle with cultists, Sebastian Guerrero, 14, and policeman Lula Martinez were killed.

Martinez was nearly decapitated with a machete.

Rubio said the cult was started by a teen-aged brother and sister from Monterrey, Eleazar Solis and Magdalena Solis, both 18.

Gomez said the teen-agers would be held “until we find out the full ramifications of this case and how far the cult extended.”

Rubio said Celina Saldana was chosen for sacrifice “Because she was an unusually good follower of the cult. He said giving her life was supposed to show the culture where the treasure was buried.

“But nothing happened,” Rubio said, “and they asked for another volunteer. Some people got panicky and ran away.”

Long accounts of the case are given in:

[Brad Steiger, “Born to Be the Goddess of a Blood Cult,” in Real Vampires, Night Stalkers and Creatures from the Darkside, Visible Ink, 2009, pp. 49-52] 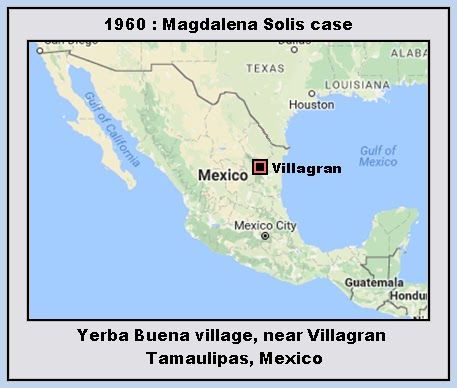 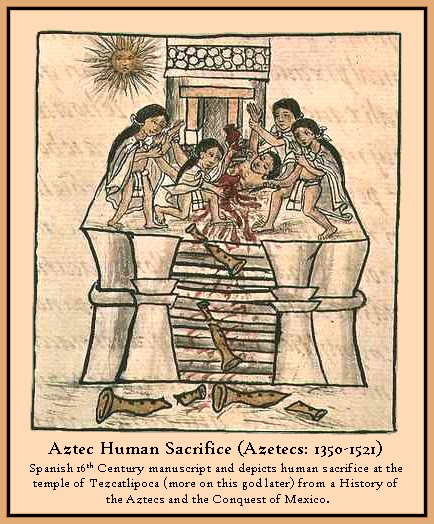 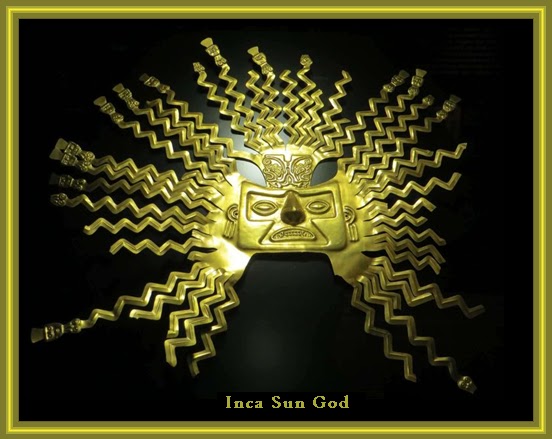 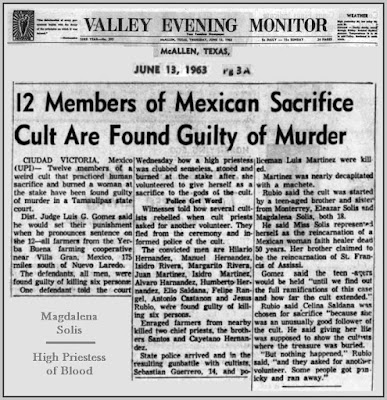 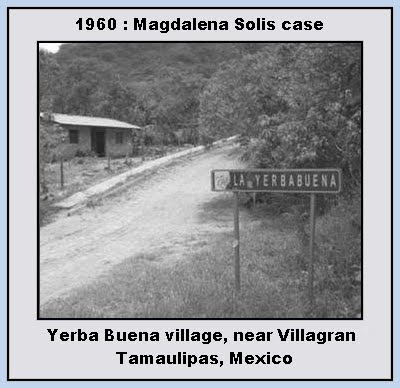 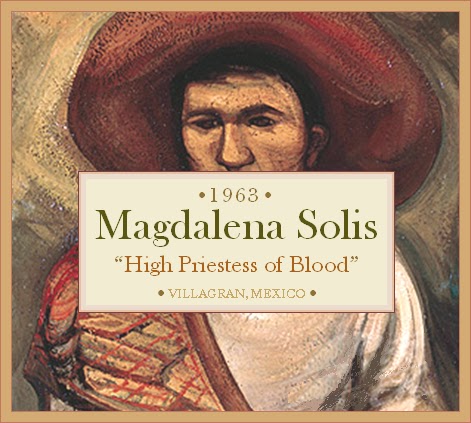 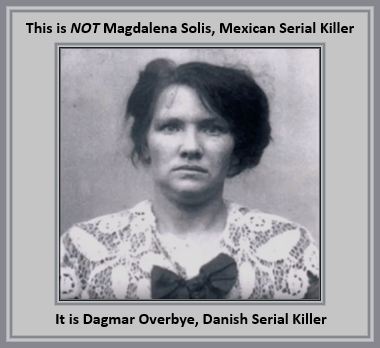