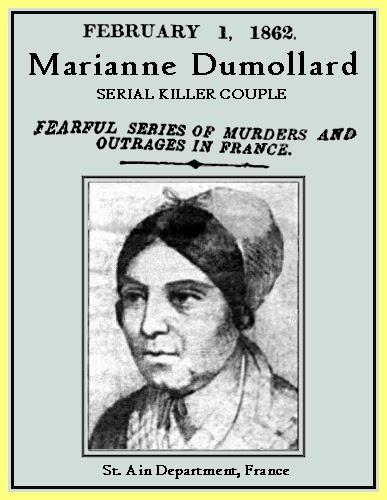 This is an early example of the type of serial killer couple type which preys upon young women, raping them before their murder.

FULL TEXT: The assizes of the department of St. Ain, in France, sitting at Bourg, are at present engaged in the trial et a man and woman charged with one of the most extraordinary systems of crime known in the annuls of guilt. The male prisoner is named Martin Dumollard, aged 52, and the female is his wife, Marianne Martinet, aged 47.

It appeared from the evidence, and indeed, from the confession of Dumollard himself and of his wife, that for many years back the man had been in the habit or accosting young females who looked like domestic servants, representing himself as a person sent a hired servant for a gentleman’s country house, inducing them to accompany him some distance until they reached, a neighbouring wood, and there throwing a cord round their necks, attempting to outrage [“outrage,” meaning: rape] and murder them. 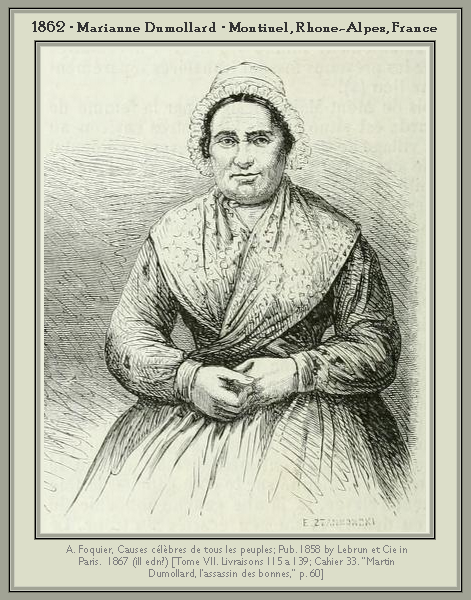 In one very recent instance a girl escaped from his hand, and, seeing the lights of a railway line at a direction ran in that direction and obtained a refuge. Her inscription of her assailant, combined with the fact that similar statements had been made at distant intervals by other girls, caused an inquiry to be vigorously set on foot, and Dumollard, who appeared to have no lobular mode of livelihood, was suspected. A search was made in his house, and an immense quantity of female garments was found there, – such as forty bonnets, fifty-seven pair of stockings, fourteen dresses, and a heap of corsets, petticoats, chemises, etc. Dumollard, being arrested and identified by the girl who had escaped, confessed that he had been for years in the habit of decoying girls into the forest, but stated that he was only the agent of a gang who employed him for the purpose, and who gave him the clothes for his reward. He denied that he had himself committed any of the outrages [rapes] or murders.

The woman, who lately escaped, and several others, who likewise identified Dumollard, stated, however, that there was no one with him or near him when he attempted, the crimes. A search in the forest discovered the dead body of a young woman, very recently buried. The body was quite naked, and what was peculiarly horrifying was that the hands were found clasped, full of the fresh earth heaped above, and the legs drawn up, thus giving rise to more than suspicion that the unfortunate girl had been buried before life had wholly departed. The skull was marked with two terrible wounds. In another part of the forest another body was found in a decayed condition — likewise that of a young woman, and stripped of all clothing.

Subsequent researches, directed, indeed, partly by Dumollard himself, discovered two female skeletons. It is ascertained that within some years many other girls have disappeared from the neighbourhood, some of whom had left their homes with the intention of seeking employment in Lyons or Paris. The bodies which are capable of identification have been fully identified. Among the clothing found in Dumollard’s house are several articles bearing the initials of girls whose fate is yet undiscovered; and in some instances there are the inner garments, which could not have been obtained without violence. The trial is now going on, and the most intense excitement prevails in the town. 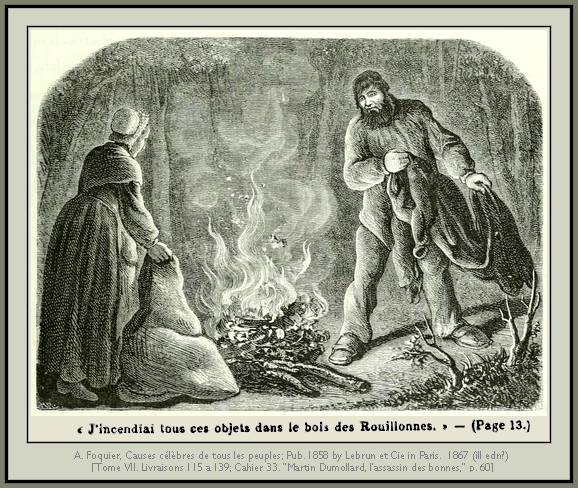 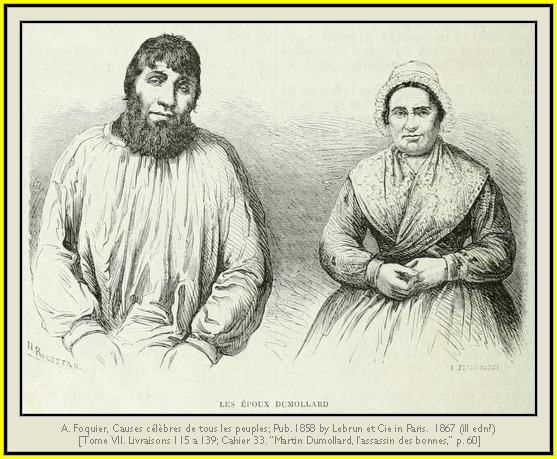 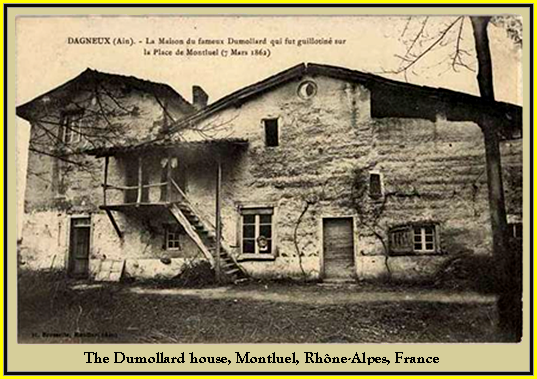 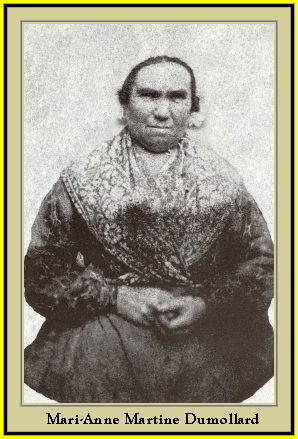 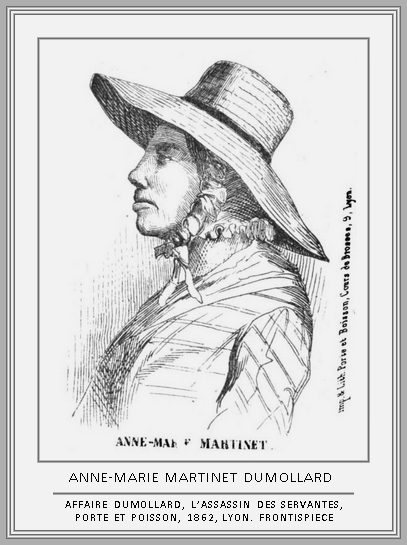 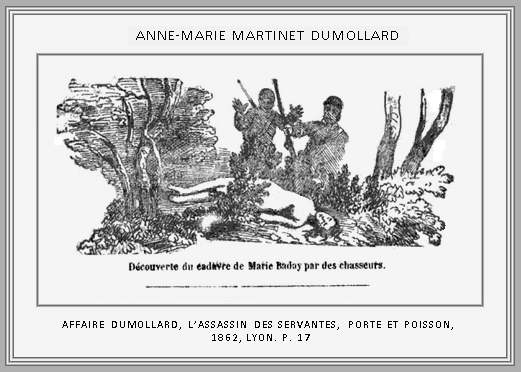