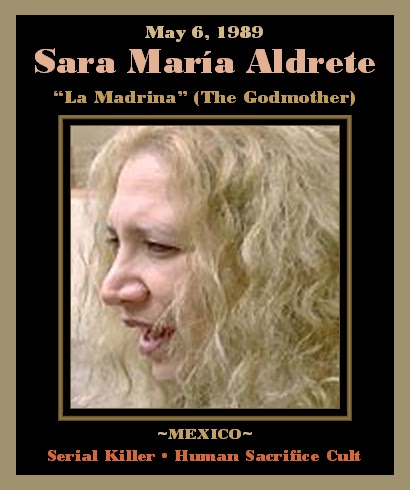 Wikipedia: Sara María Aldrete (born September 6, 1964 in Matamoros, Tamaulipas, Mexico) is a multiple murderer known as “La Madrina”. She attended high school in Brownsville, Texas, while still living south of the border, and gained resident alien status so she could attend Texas Southmost College. She was known among her peers as a good student. She is 6 ft 1 in (1.85 m) tall and studied physical education, preparing to transfer to a university to earn a physical education teaching certification.

Adolfo Constanzo, a Cuban American fortune-teller and religious cult leader, introduced her to witchcraft and dark magic. He gave her the nickname “La Madrina”, Spanish for “godmother”, and initiated her into his cult, which was a conglomeration of Santería, Aztec warrior ritual, and Palo Mayombe, complete with blood sacrifices. Costanzo sexually assaulted and killed drug dealers and used their body parts for religious sacrifice ceremonies in an old warehouse near Matamoros. Many of his victims’ body parts were cooked in a large pot called a nganga. Costanzo made Sara Aldrete second-in-command of his cult, and directed her to supervise his followers while he was out shipping marijuana over the border into the US.

In 1989 the killings grew more frequent and gained attention when affluent American tourist Mark J. Kilroy, a University of Texas student on Spring Break, was abducted. Costanzo, Aldrete and the rest of the cult went on the run when detectives discovered their ‘shrine’. They found human hair, brains, teeth and skulls at the site of the murders. Eventually, the police found their hideout in Mexico city on May 6, 1989. After a shootout, Costanzo and one of his accomplices were shot and killed by another member of the cult, apparently at Constanzo’s behest. Aldrete was convicted of criminal association in 1990 and jailed for six years. In a second trial, she was convicted of several of the killings at the cult’s headquarters, and sentenced to 30 years in prison. If Aldrete is ever released from prison, American authorities plan to prosecute her for the murder of Mark Kilroy. 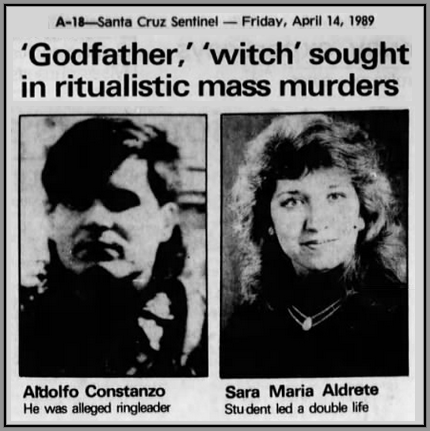 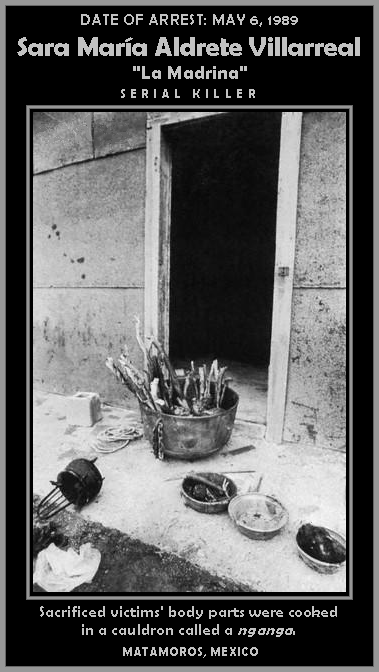 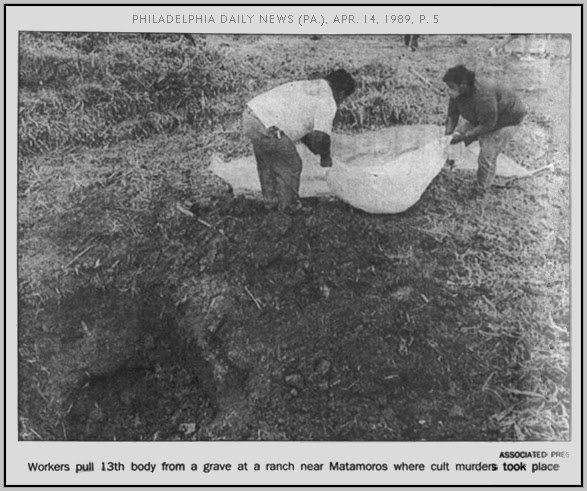 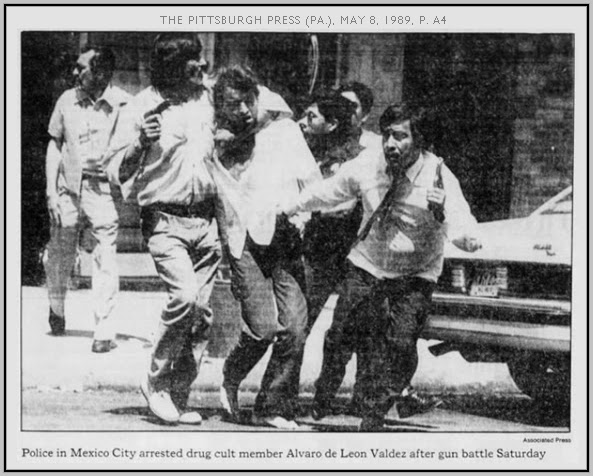 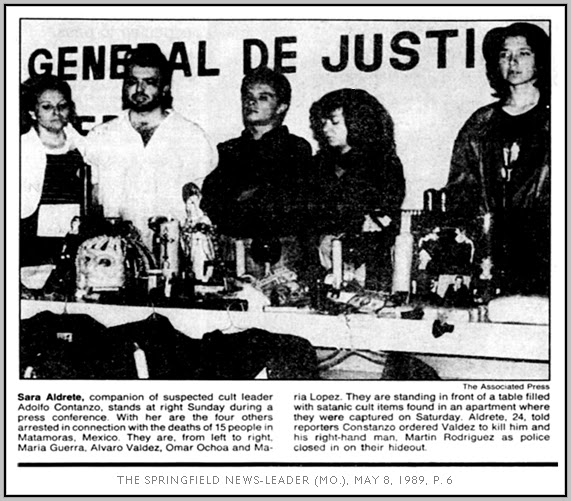 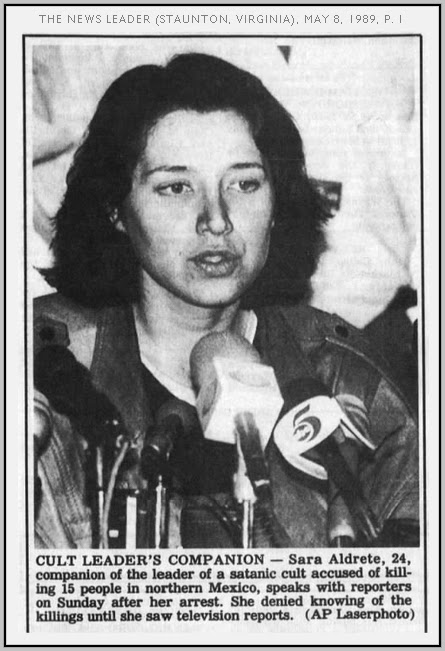 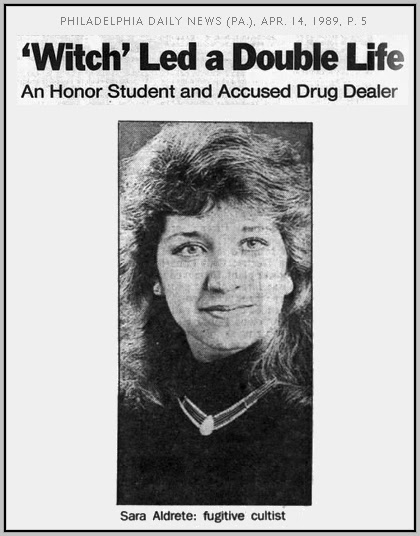 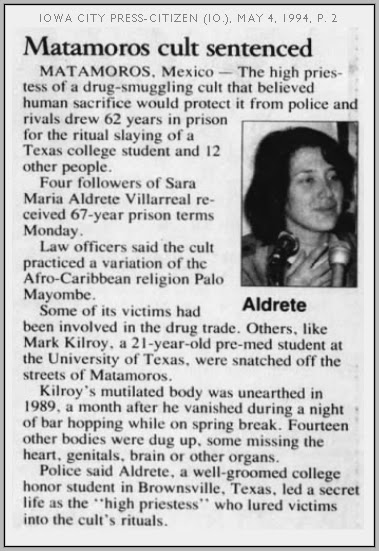 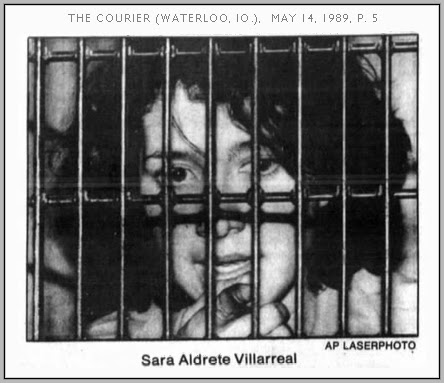 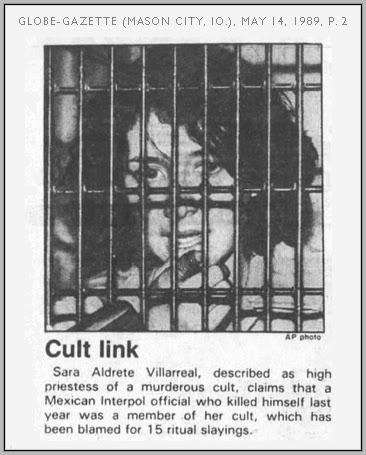 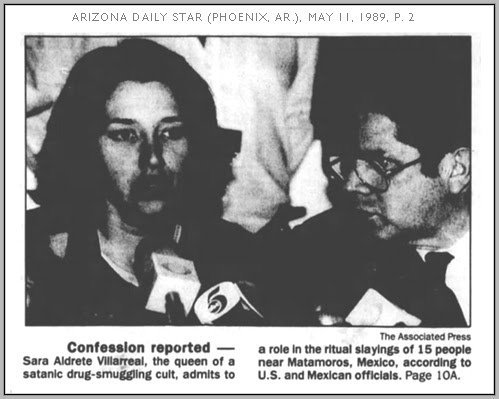 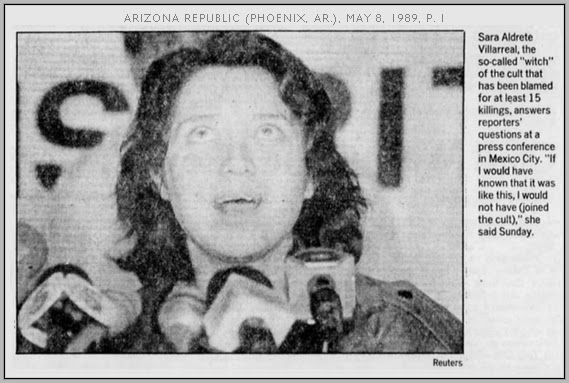 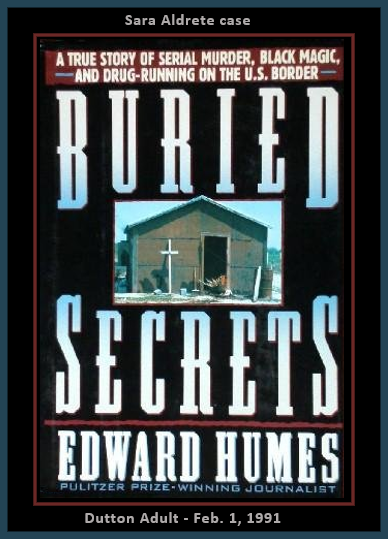 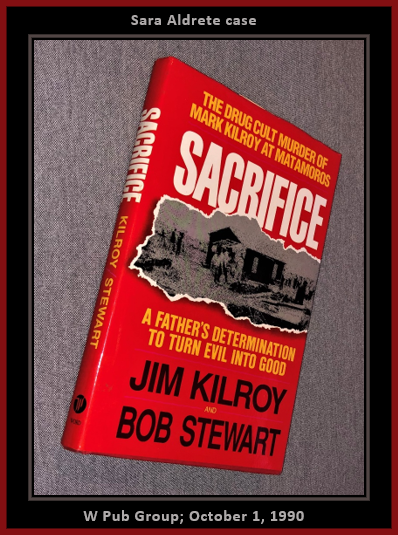 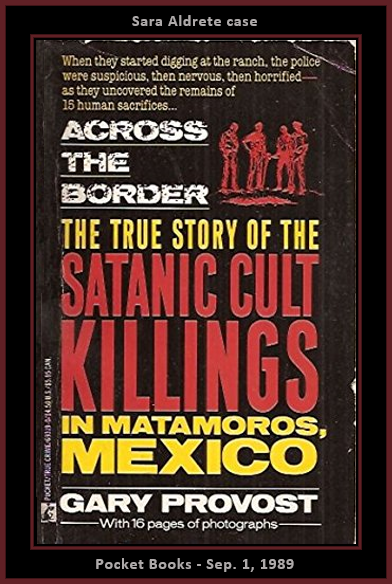 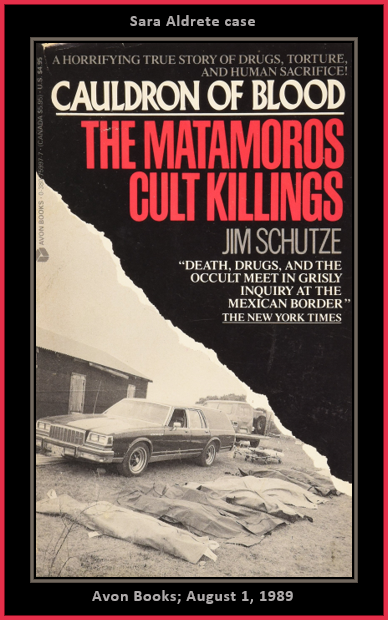 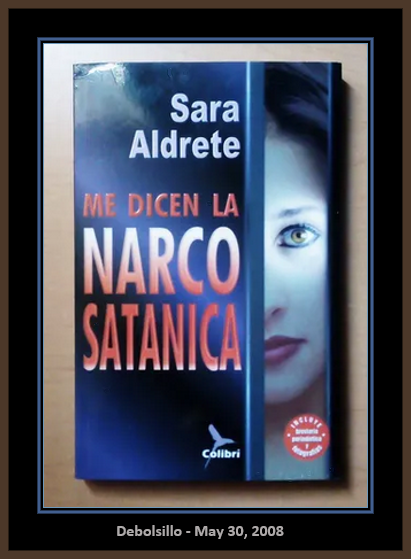 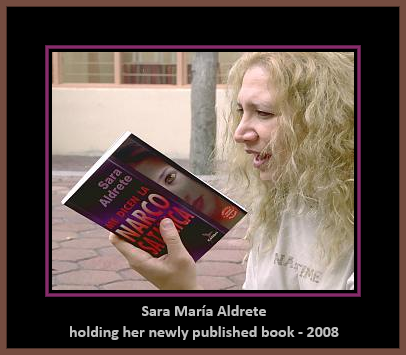