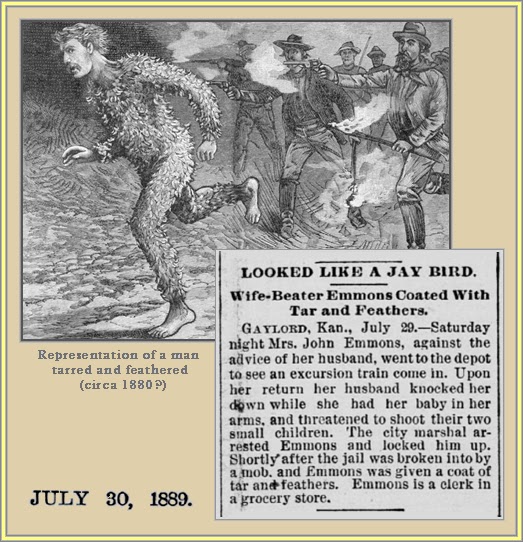 FULL TEXT: Gaylord, Kan., July 29.—Saturday night Mrs. John Emmons, against the advice of her husband, went to the depot to see an excursion train come in. Upon her return her husband knocked her down while she had her baby in her arms, and threatened to shoot their two small children. The city marshal arrested Emmons and locked him up. Shortly after the jail was broken into by a mob, and Emmons was given a coat of tar and feathers. Emmons is a clerk in a grocery store.