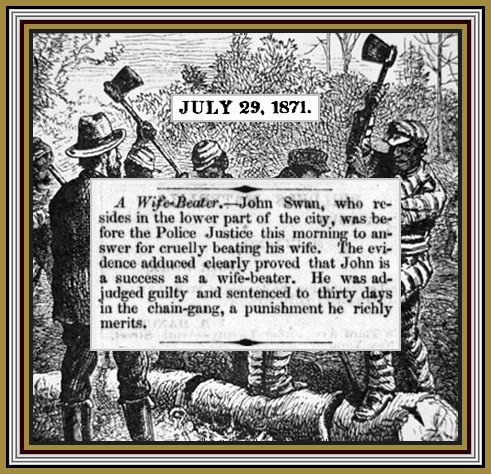 FULL TEXT: A Wife Beater. – John Swan, who resides in the lower part of the city, was before the Police Justice this morning to answer for cruelly beating his wife. The evidence adduced clearly proved that John is a success as a wife-beater. He was adjudged guilty and sentenced to thirty days in the chain-gang, a punishment he richly merits.