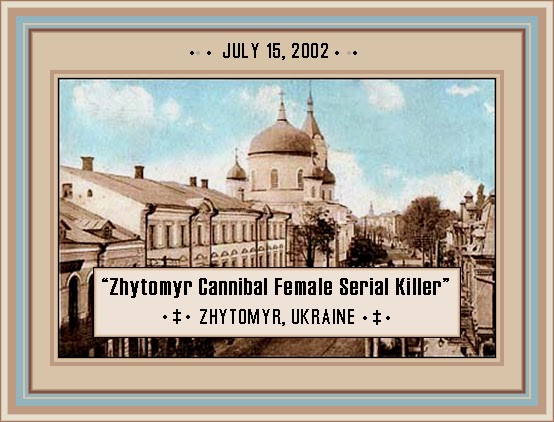 FULL TEXT: Ukraine: On July 15, 2002, police in the central Ukranian town of Zhytomyr said they have arrested three men and a woman on suspicion of murdering and cannibalizing up to six people, including an 18-year-old girl. "They killed a young woman in a forest and then cut out fleshy parts of the body and ate them. This is horrible," a police spokeswoman told the Reuters news agency.


In what is believed to have been a Satanic ritual, the suspects killed the 18-year-old with two knife thrusts to the heart, local interior ministry representative Viktor Kurbatov told the press. She was also scalped and decapitated. Then the suspects boiled her head in water and ate pieces from it. The cannibal crew was arrested several days after the murder when they went to meet the girl's parents to collect a $3,000 ransom.