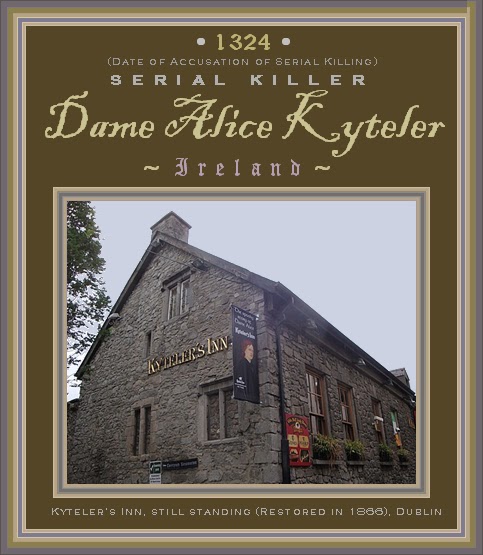 Wikipedia: Dame Alice Kyteler (1280 – later than 1325), was born in Kyteler's House, Kilkenny, Ireland, the only child of an established Anglo-Norman family.

She was married four times, to William Outlawe, Adam le Blund, Richard de Valle and, finally, Sir John le Poer who suspected he was being poisoned. On his death, the children of her four husbands accused her of using poison and sorcery against their fathers and of favouring her first-born son William Outlawe. In addition, she and her followers were accused of denying the faith, sacrificing animals to demons and blasphemy. The case was brought in 1324 before the then Bishop of Ossory, Richard de Ledrede, an English Franciscan friar. The bishop wrote to the Chancellor of Ireland, Roger Outlawe, to have her arrested but this rebounded on him, the Chancellor being her first brother-in-law, and de Ledrede himself was jailed by Sir Arnold le Poer, the Seneschal of Kilkenny, her fourth brother-in-law. John Darcy, the Lord Chief Justice travelled to Kilkenny to investigate the events and vindicated the Bishop who again attempted to have Dame Alice arrested. She fled to the Kingdom of England in 1325 and appears no further in contemporary records.

The Bishop continued to pursue her followers (bringing charges of witchcraft against them), and William Outlawe (accusing him, inter alia, of heresy, usury, perjury, adultery, and clericide). William escaped relatively lightly, being ordered to hear three masses a day for a year and to feed the poor. Her lower-class followers were less fortunate and one of them, Petronella de Meath, was flogged and burned at the stake on November 3, 1324.

This was one of the first European witchcraft cases and followed closely on the election of Pope John XXII (1316-1334), to the Papacy. In 1320, he had witchcraft added to the list of heresies. 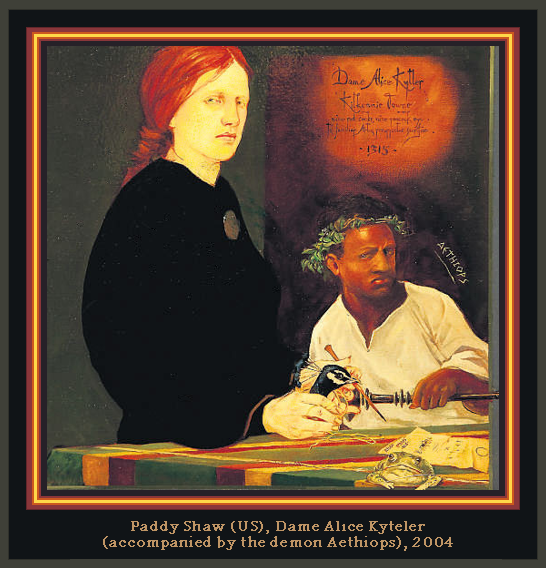 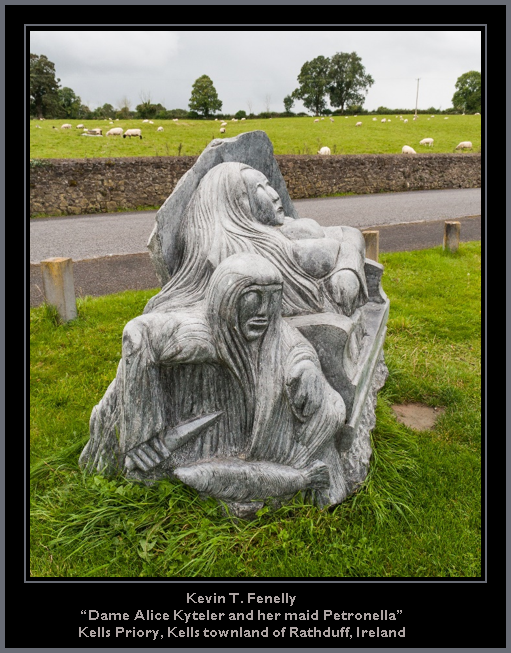 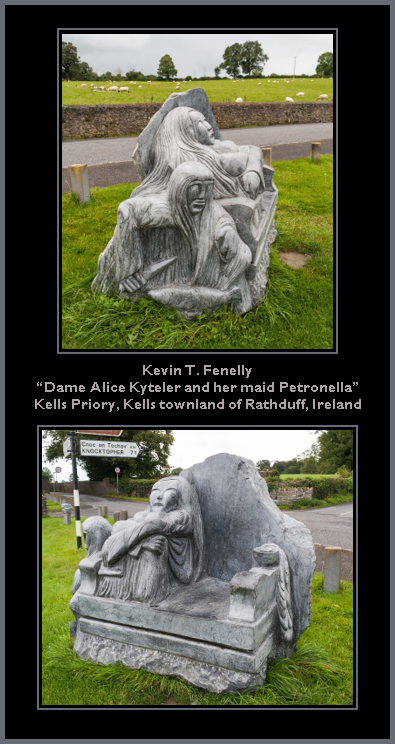 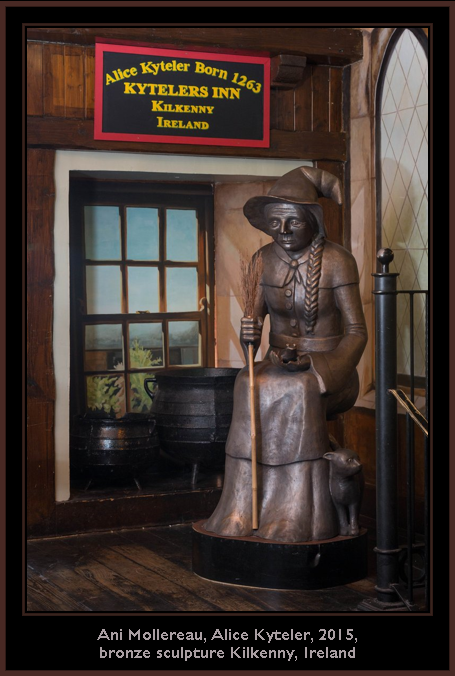 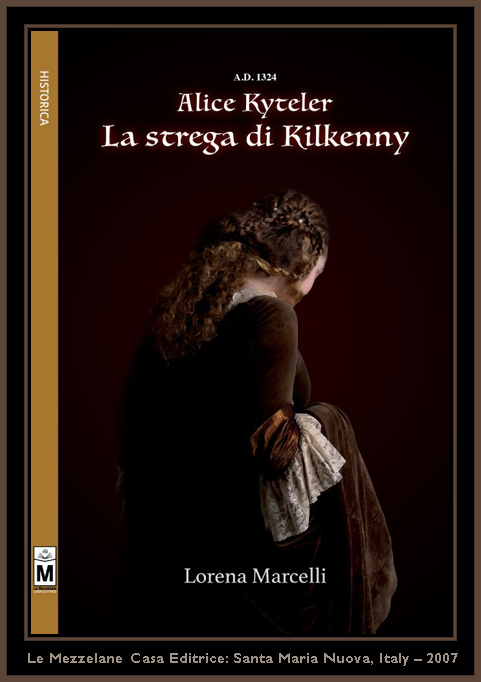