The Lynching Option Considered for a Domestic Violence Offender – Minnesota, 1888 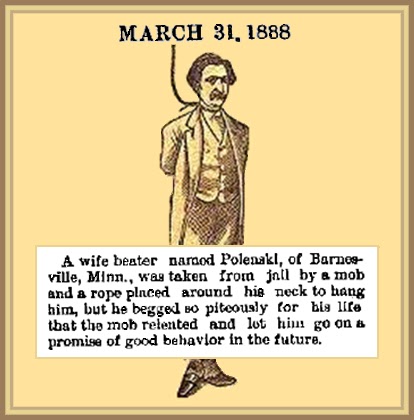 FULL TEXT: A wife beater named Polenski, of Barnesville, Minn., was taken from jail by a mob and a rope placed around his neck to hang him, but he begged so piteously for his life that the mob relented and let him go on a promise of good behavior in the future.