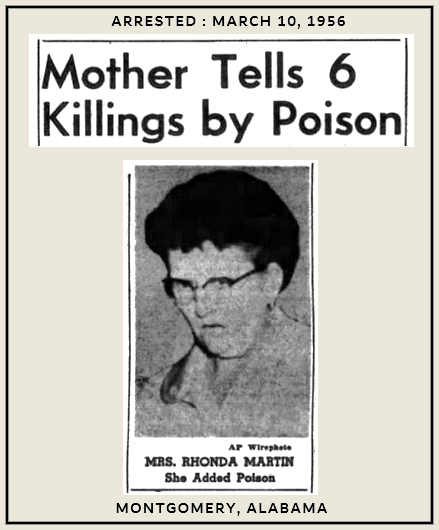 FULL TEXT (Article 1 of 3): Montgomery, Ala., Mar. 14 – State’s attorneys headed for court today with the bizarre tale of a middle-aged waitress who, they said, admitted slaying her mother, three small daughters and two of her five husbands with poison.

Plump, 49-year-old Mrs. Rhonda Bell Martin also told in a signed statement, according to Circuit Solicitor William F. Thetford, how she fed ant poison to her previous husband who once was her stepson. He is still alive though paralyzed.

The auburn-haired waitress waived preliminary hearing in City Court today on the only formal charge thus far drawn up against her – the killing of Claude Martin, her fourth husband, in 1951.

Mrs. Martin was bound over to the Montgomery County Grand Jury without bond and ordered moved from the city to the county jail. The next regular session of the grand jury starts May 14.

She is now married to Martin’s 29-year-old son, Ronald, who has been under treatment for nine months for poisoning.

It was Ronald’s illness that led to the murder investigation. City and state authorities arrested Mrs. Martin Friday in Mobile. 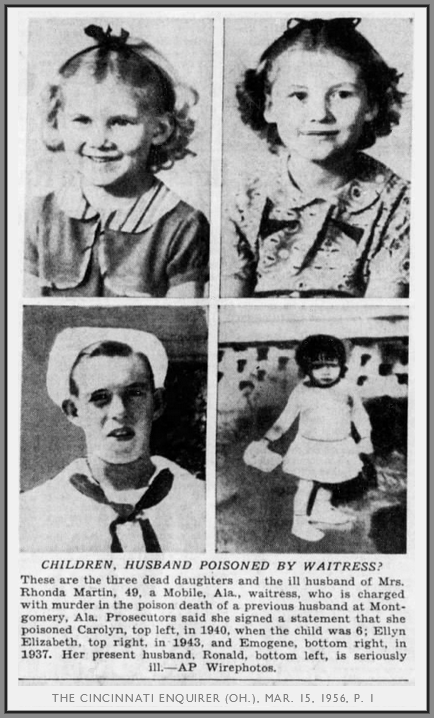 After three days of questioning, Thetford announced yesterday that the bespectacled waitress had signed a statement admitting she poisoned the two Martins, and five other kins-people.

Mrs. Martin was vague about a motive for the killings, the solicitor said, but she told of having insurance on all six victims who died. The amount was not disclosed, but Thetford said she recalled receiving between of Claude Martin.

She married Martin’s son eight months after the death of his father. 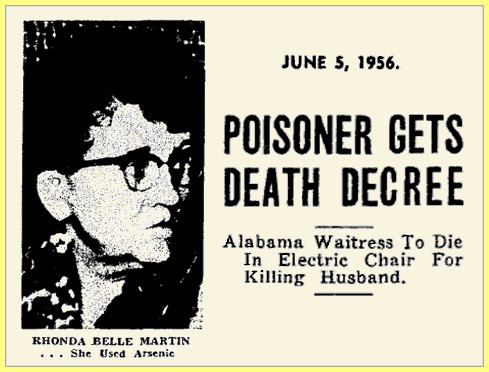 FULL TEXT (Article 2 of 3): Montgomery, Ala. – A hefty, auburn-haired waitress who killed her fourth husband with arsenic was sentenced last night to die in the electric chair Mrs. Rhonda Belle, Martin, 41 and 170 pounds, admitted killing Claude C. Martin and live other members of her family, but she was tried only for the death of her fourth husband. Her other victims were three daughters, her mother and another husband.

A jury of 12 men deliberated three hours and 10 minutes last night before convicting her of poisoning Martin after about a year or married life.

When the verdict was read, Mrs. Martin buried her head in her arms and sobbed.

The woman’s attorney based his defense on a plea of insanity. The prosecution countered that Mrs. Martin served arsenic in coffee to her husband in order to “collect some paltry amount of insurance and to get him out of the way so she could marry his son.”

Eight months after Martin’s death on April 27, 1951. Mrs. Martin married her steps Ronald C. Martin, 21 years her junior. She now lies in a veterans hospital paralyzed by arsenic poisoning. Ronald Martin’s illness, for which Mrs. Martin is under indictment for attempted murder, touched off .the investigation had brought to light the series of poisonings.

Under Alabama’s automatic appeal law, last night’s conviction will go to the supreme court. The sentence is postponed until the appeal is decided. 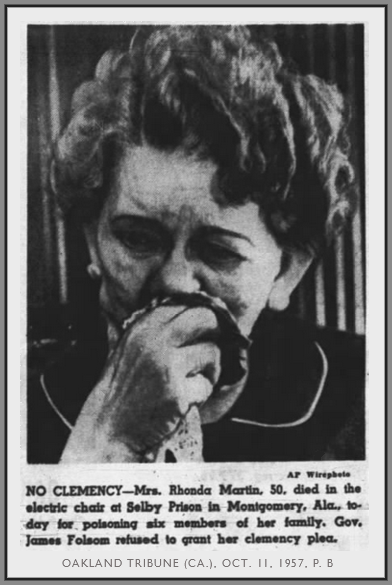 FULL TEXT (Article 3 of 3): Montgomery, Ala. – A plump, 50-year-old waitress who killed three daughters, her mother and two husbands with rat poison died in the electric chair early today.

She left behind a wish for her body to be turned over to a medical institution. She said she wanted it learned “why I committed the crimes I have committed.” Mrs. Rhonda Belle Martin died clutching a New Testament in her left hand.

Mrs. Martin was put to death for the poisoning of her fourth husband, Claude C. Martin,

After her arrest in March In 1956, she signed a statement admitting that she fed rat poison to two other husbands three of her children and her mother.

Her fifth husband, Ronald Martin, survived the poisoning, but the other victims died. Ronald Martin is the son of the victim for whose killing the waitress paid with her life.

Prison officials yesterday found in Mrs. Martin’s Bible a note she had written Oct. 14, 1956. It was turned over to authorities at Kilby Prison, where the electrocution was carried out. 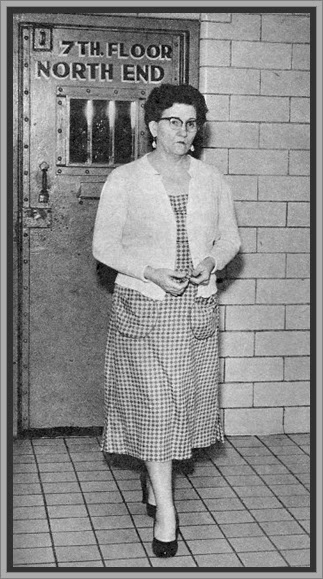 “At my death, whether it be a natural death of otherwise, I want my body to be given to some scientific institution to be used as they see fit, but especially to see if someone can find out why I committed the crimes I have committed.

“I can’t understand it, for I had no reason whatsoever. There is definitely something wrong. Can’t someone find it and save someone else the agony I have been through.”

The condemned woman was strapped in the chair at 12:07 a.m. and received 2,200 volts of electricity three minutes later after one false start. When the switch was thrown the first time, it was discovered the electrodes hadn’t been plugged into the chair and the task had lo be repealed. Gov, James E. Folsom denied an appeal, for clemency yesterday.

Besides Claude Martin, the woman admitted poisoning her second husband George Garrett in 1939. She also told of feeding rat poison to three daughters, 3-year-old Emogene Garrett in 1937 Anna Carolyn Garrett, 6, in 1940; and Ellyn Elizabeth Garrett, 11, in 1943. She also admitted that she killed her mother Mrs. Mary Frances Gibbon in 1944.

Her written statement said she had small insurance policies on the lives of all six victims. She was tried only for the death of Claude Martin. 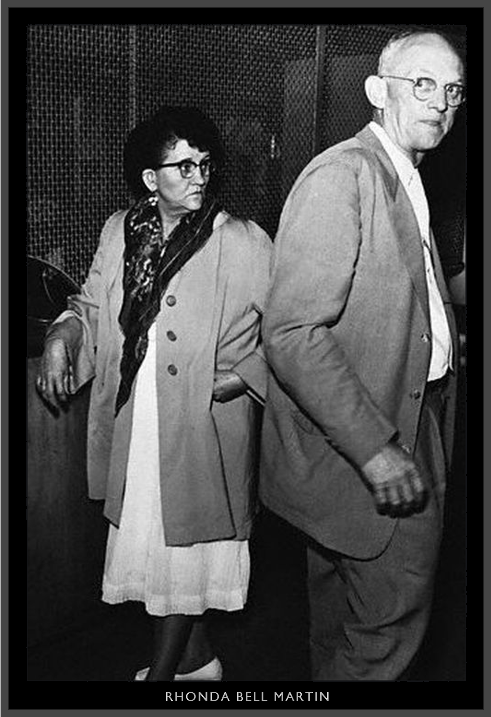 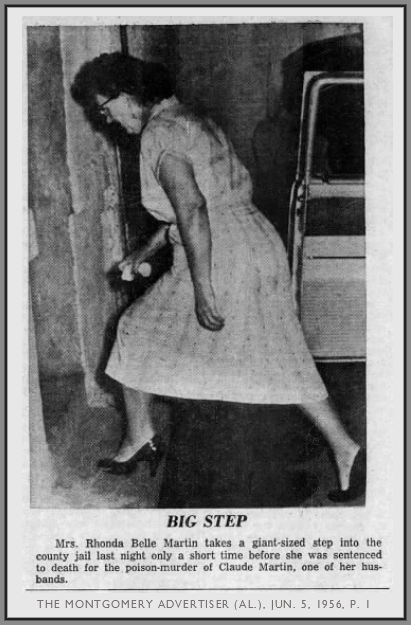 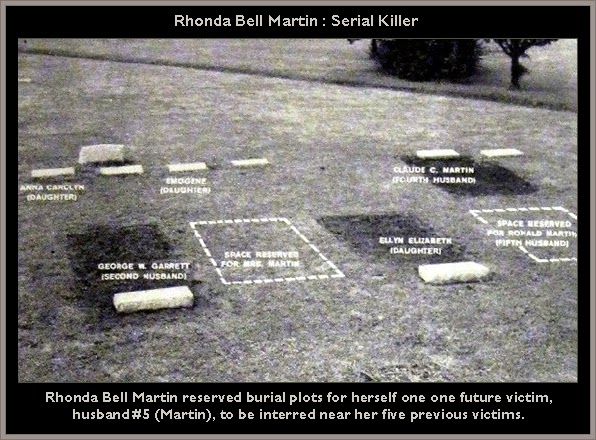 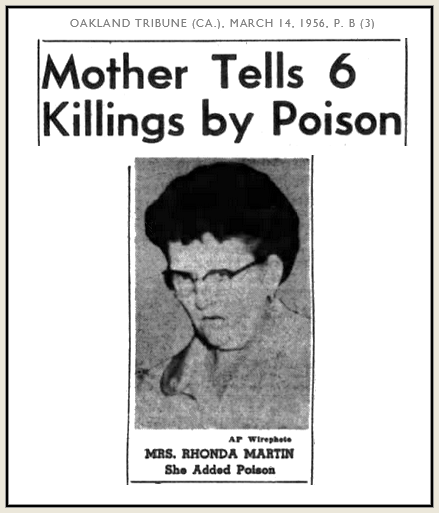 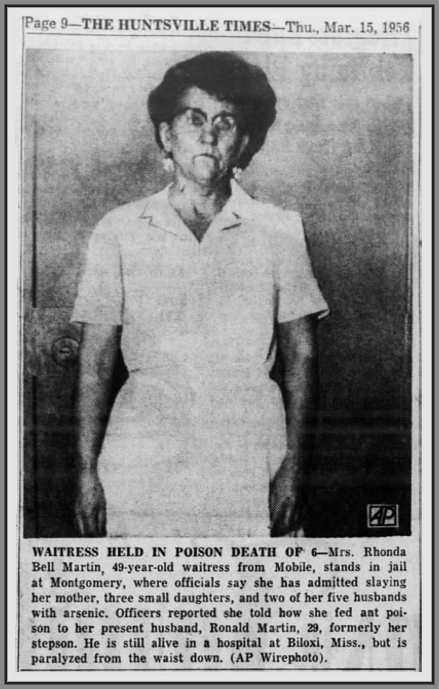 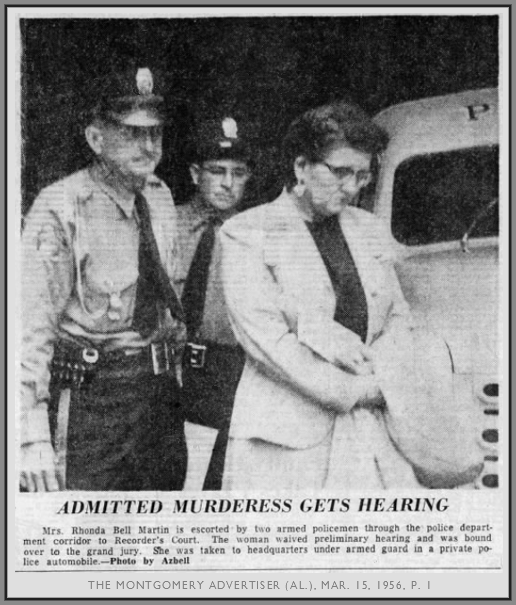 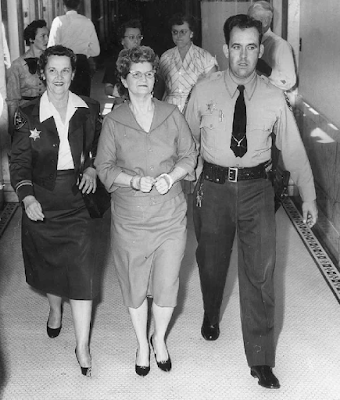